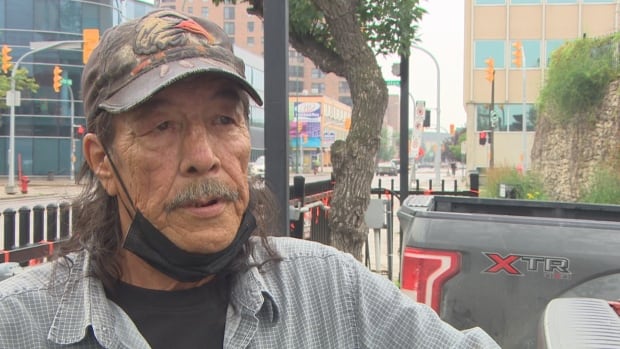 Some Manitoba wildfire evacuees struggle to adjust to city life, worrying about their homes


Hundreds of wildfire evacuees are now living in hotels in Winnipeg and Brandon, and some say they are trying to adjust to their home away from home.

“Now we are all confused. We don’t know what happened. Our mental stress is really increasing every day because we don’t know how our home is,” John Cook, who left Bloodvein First Nation, said his family this week Earlier.

Cook is one of nearly 2,000 wildfire evacuees from five different Manitoba Natives who live in Winnipeg and Brandon.

He said his children felt overwhelmed and confused after being forced to flee their homes.

“They are also confused. My children don’t know what happened.”

Cook used to be a guidance counselor, and he said he believes that his community members need mental health support in addition to accommodation.

He said: “They have a lot of opportunities to be exposed to drugs and alcohol, and many people tend to this way when they are too stressed.” “That’s what I don’t want to see.

Frank Young left the Natives at the age of 15 and went to Winnipeg for education.

He recently moved back to his home community, and now he is helping evacuees to move through the city during this stressful period.

Yang said that many people worry about what will happen to their homes if the flames are too close, so he has also been trying to connect them with mental health support.

“Everyone is worried that if the fire approaches, their house may disappear, and they may lose everything.”

When Yang tried to support the Winnipeg evacuees, his parents stayed in the community with about 100 people. His mother was a member of the band, and his father was the former head of the community and was also a firefighter.

They pay close attention to the house and provide the latest information about fire protection work. Young’s father has been posting updates on Facebook to help calm the concerns of community members.