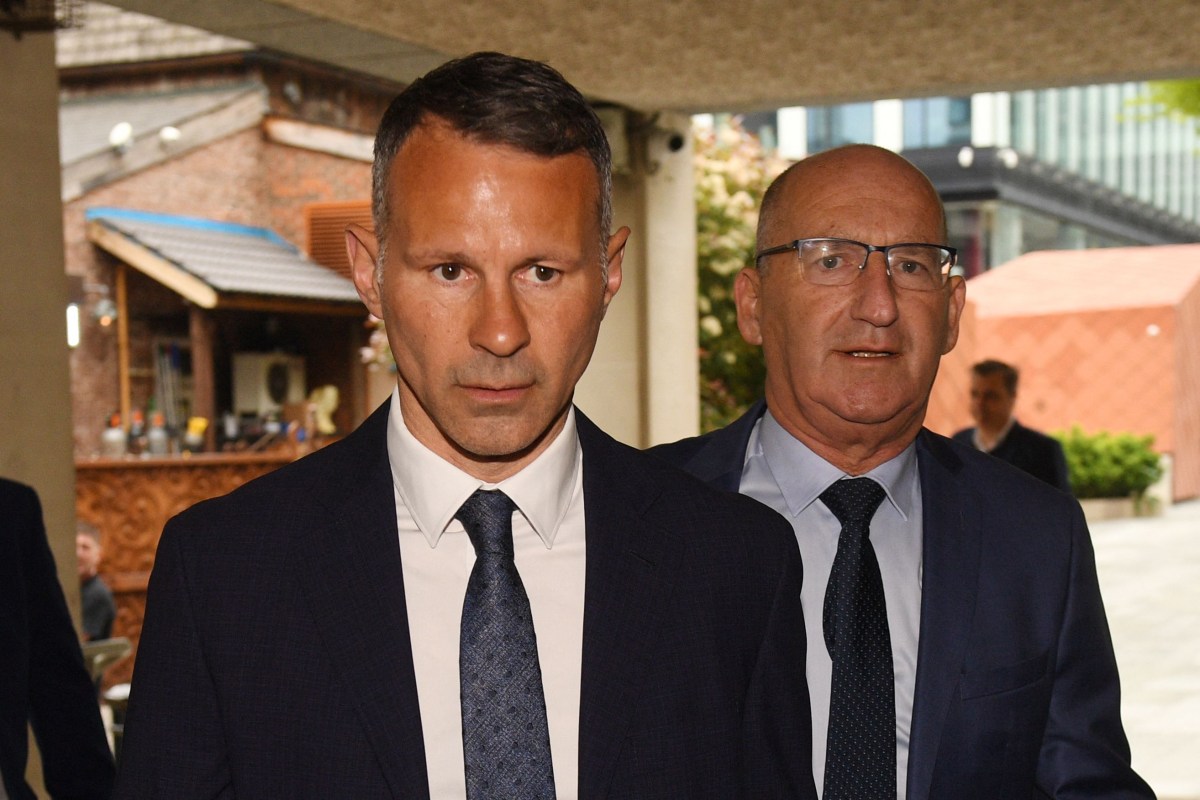 
Ryan Giggs will appear in court today, accused of drunkenly hitting his ex-girlfriend with the head during three years of abuse.

He was accused of causing actual bodily harm to her.

It is said that the Welsh boss also carried out control and coercive actions against Kate from December 2017 to November 2020.

The winger was also accused of assaulting Kate’s sister Emma Greville on November 1.

He denied these allegations and previously issued a statement stating that he “looks forward to laundering me.”

Giggs will appear in Manchester Crown Court today to participate in the hearing, and he is expected to formally defend the three charges.

The interim trial date is set for January 24 and is expected to last three weeks.

The court had heard of the “controlling behavior” model of how Giggs “isolated” Kate from her friends and colleagues.

He was also accused of “degrading treatment” to her through “threat or physical or professional harm” in order to “keep her in this relationship.”

Giggs is on conditional bail and is not allowed to contact Kate or Emma Greville, nor go to any address where they are.

After the allegations, the former football player was replaced by caretaker boss Robert Page, who managed Wales in the European Cup.

At 10:05 pm on November 1st last year, after receiving a report of the riot, the police were called to Giggs’s £1.7 million mansion.

He was arrested and later released on bail, pending further investigation.

In April 2018, she was appointed as the head of public relations and communications for GG Hospitality, a hotel management company jointly owned by Giggs and former Manchester United teammate Gary Neville.

Before taking up a new public relations consultant position with a former employer in July last year, she participated in the launch of their Stock Exchange Hotel in Manchester city centre.

Giggs made 64 appearances for the Welsh team and has a brilliant career at Manchester United. He has won 13 Premier League titles, 2 Champions League trophies, 4 FA Cups and 3 League Cups.

He is also the co-owner of the second league team, Salford City.