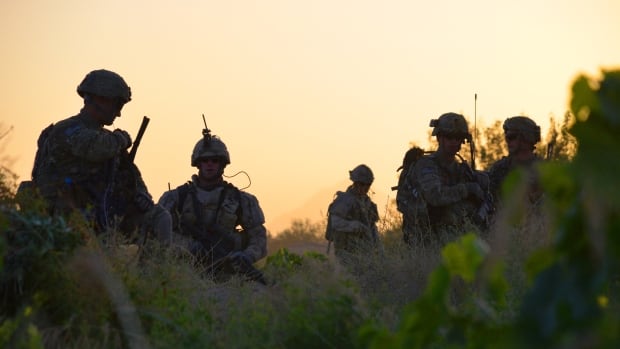 Ottawa will issue an announcement on Afghan interpreters


The federal government is expected to respond to growing calls this morning to bring Afghan interpreters and their families to Canada.

The government is under pressure to help interpreters and other contractors who worked for the Canadian Armed Forces during the Afghanistan War. They are now facing retaliation and may even die due to the resurrection of the Taliban.

Earlier this month, Immigration Minister Marco Mendicino stated that his department is working with the Department of Global Affairs and the Canadian Ministry of Defense to finalize “an action plan for Afghan interpreters and local staff. And his family create a corridor”.

He, Secretary of Defense Harjit Sajjan and Secretary of Foreign Affairs Marc Garneau are scheduled to announce the news at 11 am Eastern Time.

During the war, Afghan interpreters worked with the Canadian military to connect them with local leaders, translate dialogues and help build local trust. Regarded as traitors by some in their country, The translator said that they live in an environment where they are afraid of being attacked or killed. Some people received threatening calls and letters promising that their family members would die and disfigured.

2009, Canada Provided asylum for approximately 800 interpreters Worried about their lives in Afghanistan, but the plan has strict standards, which means that two-thirds of Afghans who apply for asylum are turned away, according to data compiled by the Canadian Press.

To qualify for the old program, these consultants must prove that they worked for the Canadian military, diplomats, or contractors for 12 consecutive months between October 2007 and July 2011.

This excludes many interpreters. Canada first deployed special forces to Afghanistan in the fall of 2001, then deployed a battle group in 2002, then performed missions in Kabul, and then returned to Kandahar in 2006.

Federal New Democratic Party defense critic Randall Garrison worked for Amnesty International in Afghanistan before becoming a politician, and he has been urging the government to act quickly.

He told CBC: “If you monitor the situation, it will eventually lead to the death of the interpreter and their families, not safety.” current Earlier this month.

The Conservative Party also supports calls for the government to repatriate vulnerable groups.

“These brave Afghans risk their lives to help our military heroes,” Conservative Party leader Irene O’Toole said in a statement. “We abandoned them when they needed it. This is obviously non-Canadian and wrong.”