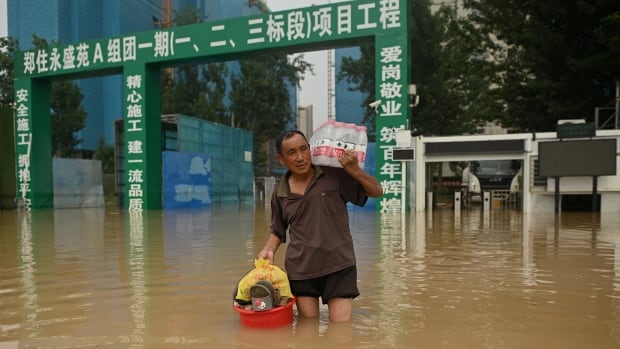 After the catastrophic floods in China, the death toll is now 51


According to official media reports on Friday, the death toll from the catastrophic flooding in the central Chinese city of Zhengzhou has risen to 51.

According to the official China Daily and other media, this figure only includes Zhengzhou, the capital of Henan Province.

Other parts of the province also suffered heavy rains, and rivers and reservoirs burst their banks.

According to the report, Zhengzhou’s losses totaled about 10 billion U.S. dollars as the city continued to drain the inundated area, remove dirt, and remove damaged vehicles and household items.

The streets have become turbulent rivers, washing people, vehicles and apartments. The shops and offices are full of mud and water, forcing people to seek asylum as much as possible.

Twelve of the dead were trapped by floods in the Zhengzhou subway system.

This city with a population of 12 million is a major hub for industry and transportation, and floods have displaced nearly 400,000 people.

The previous death toll was 33 Eight is missing.