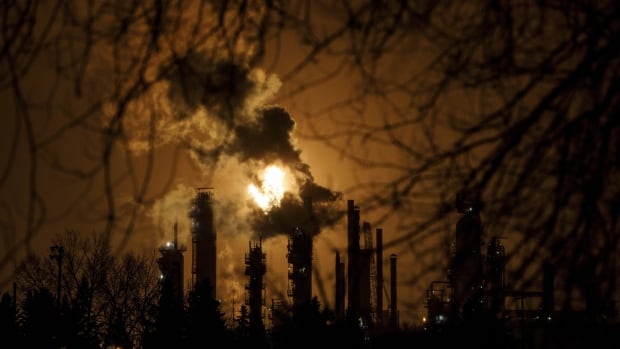 The report of the Pembina Institute, an energy and climate think tank, concluded that Canada will not achieve its recently announced net zero emissions target for 2030 or 2050.

“Unfortunately, we are unable to achieve Canada’s new goal of reducing global greenhouse gas emissions by 40% to 45% by 2030 on the basis of 2005,” said Isabelle Turcotte, Director of Federal Policy at Pembina .

“The most optimistic forecast shows that we are on track to reduce emissions by 36%. So there is a big gap here.”

Turcotte said that the Institute’s report is the first to evaluate planned federal, provincial and territorial actions to achieve a net-zero goal.

Although Ottawa has set new goals, the report found that Alberta, Saskatchewan, and Ontario have not committed to achieving these goals. The report says that other jurisdictions such as British Columbia have already made ambitious commitments, but it is not clear how they intend to achieve these commitments.

“Canada’s approach to climate action is piecemeal,” the report said. “It also lacks accountability for governments that promise to take climate action but do not have a timetable or policy to respond to the urgency of the situation.”

Pembina’s report stated that while progress has been made — national carbon pricing and the phasing out of coal-fired electricity — it has been offset by increased emissions elsewhere.

The federal government recently raised its greenhouse gas emission target to reduce 40% to 45% from 2005 levels by 2030, and achieve net zero emissions by 2050. The report stated that the federal government can only do so much because the provinces and territories have jurisdiction over the energy sector.

Wilkinson said: “For some provinces where work on climate documents is not so robust, especially some Conservative governors and Prairie provinces, the survey results are particularly challenging,” said Wilkinson, who read the climate documents. Pre-issued version. Report.

In a press statement, the Alberta government acknowledged that to achieve the goal of net zero emissions, the cooperation of a series of partners is needed.

Alberta Environment Minister Jason Nixon said: “Without a realistic plan to achieve them, the net-zero target is meaningless. The proposed new federal target is a national emissions target that requires action in all aspects of the economy.”

Nixon said: “The province’s industry and emission reduction technologies will be the key to achieving federal climate ambitions.”

The report provides several suggestions for reversing this trend. It said that all governments should work to achieve more ambitious emissions targets to achieve Canada’s goals, and should establish independent accountability bodies that report to parliament and regional legislatures.

According to the report, governments and companies must also formulate carbon budgets to limit emissions. It stated that governments should prepare for the decline of the oil and gas industry, develop a net-zero transition plan for the energy sector, and promote the adoption of zero-emission vehicles.

Pembina’s report was prepared with the help of the School of Resource and Environmental Management of Simon Fraser University. The think tank stated that the survey results have been shared with the provincial, regional and federal governments to verify accuracy.