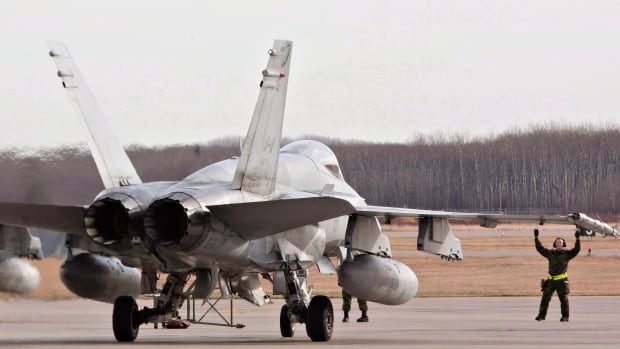 In Saskatchewan, the story of a Canadian-designed rocket during the Cold War is over


To the south of Saskatoon, on the plains of Saskatchewan, there is an undervalued Canadian military center.

Dundurn owns about 60% of the Canadian Army’s ordnance inventory.

According to estimates by the Department of Defense, the facility has nearly $2 billion worth of equipment and is a distribution center for soldiers deployed across the country and around the world.

83,303 Canadian Rocket Launch Vehicles (CRV7) are concealed in the facility’s 30 or so magazines, which are packaged in original fiber optic transport tubes and wire boxes. The remaining stocks of this once-popular weapon designed in Canada and retired in the 2000s will soon be destroyed.

Although CRV7 has a place in American military history, few people will recognize its name.

Only fans of military simulation games or military history enthusiasts may read references to the rocket system, which was adopted by the Canadian military in the 1970s.

But those who used this weapon when it was first developed remember it clearly.

Retired Lieutenant General André Deschamps is one of them.

Before becoming chief of staff of the Air Force and commander of the Royal Canadian Air Force, Deschamps was a pilot.

He has flown fighters such as the CF-104 Starfighter, which are equipped with CRV7s.

“For the 1980s, [the CRV7] This is undoubtedly a step forward for our Air Force,” Deschamps said in an interview with CBC News.

CRV7 was designed during the Cold War.

The two political ideologies of communism and capitalism, respectively led by the Soviet Union and the United States of America, competed for global control through a series of proxy conflicts and behind-the-scenes power games.

Allied with the United States against the Soviet Union were members of the North Atlantic Treaty Organization (NATO), including Canada.

Part of its mission is to share military technology and standardize military hardware.

Former Supreme Court Justice Morris Fish detailed his new report on the justice system of the Canadian Armed Forces, which proposed changes that could have a significant impact on cases of sexual misconduct in the military. 6:41

The Canadian Armed Forces usually purchase tools or equipment and then modify or modify their soldiers.

CRV7 is just the opposite.

This is a rare example of military equipment designed in Canada before it was widely adopted by NATO allies.

Deschamps said: “Due to the rocket’s extra speed, its range and lethality are significantly increased, and when the warhead does aim at it, it has a very destructive effect.”

These rockets were deployed in Europe with Canadian fighter pilots during the Cold War, and Britain, France, Germany, and the Czech Republic were among the countries that used them.

Former intelligence officer and retired major Harold Skaarup said that the use of CRV7 among allies also made the Canadian military proud.

He said that the rocket system was and is still a good example of Canadian innovation and cooperation.

But like the Cold War, CRV7 gradually disappeared in memory. With the development of new and more cost-effective weapons and technologies, rockets were declared in surplus.

Deschamps said that this is all part of the evolution of war.

“As the technical system improves, you will come up with new ways to provide effective combat effects,” he said.

“[The CRV7 was] It is a well-thought-out and effective weapon because it is cost-effective…it can be used by various aircraft, for fixed-wing aircraft, fighters and light attack aircraft,” he said. “It was used with helicopter assault ships. So it has a very wide range of uses, basically it can be adapted to any flying thing. “

According to the Department of Defense spokesperson, the last 83,000 CRV7s remaining in CFAD Dundurn were purchased sometime in 1987 or 1988. They have been there since the military stopped using rockets sometime between 2005 and 2007.

A kind Recent tender The federal government will see the last rocket being disarmed and processed.

The goal is to complete the work within six years after the contract is awarded.