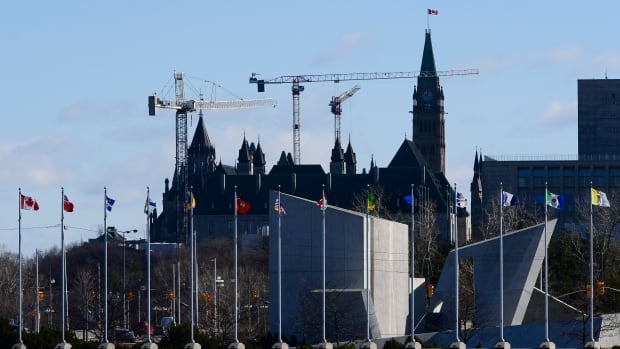 The government held a national anti-Semitism summit, but opposition leaders said they were not invited initially


The federal government is scheduled to hold a national anti-Semitism summit today-but on the eve of the event, political tensions escalated because opposition leaders stated that they were not invited initially.

In a media statement earlier this month, Diversity, Inclusion and Youth Minister Bardish Chagger said that she invited multiple cabinet ministers and political party commentators to join the discussion.

But opposition leaders did not say until Tuesday that they had not received any invitations.

Green Party leader Annami Paul was the first to raise this issue on Twitter. She said on Tuesday that although she was the only leader of the Jewish Federation, she had not received an invitation.

“I am the only Jewish leader of the Federal Party and an ongoing target of anti-Semitism. The government knows that I should be there,” Paul said in her tweet.

The government will host a national anti-Semitism summit tomorrow. Members of Congress, government officials and Jewish civic leaders were all invited. I’m not.

I am the only Jewish leader in the Federal Party and an ongoing target of anti-Semitism. The government knew I should be there. #cdnpoli

The office of Conservative Party leader Erin O’Toole stated that although he asked the government to have a chance to speak, he did not receive an invitation to attend today’s summit or the Islamophobic summit on Thursday.

A member of O’Toole’s office told the CBC in the background: “The leader of the opposition party has not received any invitation to the event. We have contacted many times to ask him to speak.

Chag’s press secretary Aidan Strickland said in an email: “At this time, all four leaders of the opposition have been invited to participate as observers to ensure that the summit remains A space where community members can express their opinions and ideas.”

The summit will be held in a virtual way. The government said it would include leaders of the Jewish community, but has not yet released a complete list of participants.

The government stated that the event will be closed to the public most of the time-this is a measure to ensure the safety of participants. The opening speech scheduled for noon will be open to the media and the public.

Cotler says action needs to be taken after the summit

Former Federal Attorney General Irwin Cotler will attend today’s summit. He is now Canada’s special envoy for the preservation of the Holocaust memorial and the fight against anti-Semitism.

Kotler said the summit was “timely” and “necessary”, but he hopes to see follow-up actions.

“This cannot be just a one-off discussion. It must be an action plan developed and implemented as a result of the discussion,” he said.

Chag said in a statement announcing the summit that the event will help inform the government’s anti-racism strategy.

“We must actively listen to the voices of communities directly affected by racism,” Chag said in a statement.

A new report says Online activity by right-wing extremists in Canada surged last year During the pandemic, despite the efforts of the government and social media companies to curb extremism and hate speech.

Kotler said the rise of online anti-Semitism is particularly disturbing because it targets and attracts young people. He said that online hate speech can inspire offline hate crimes.

“This is a very dangerous combination we have seen,” he said.

After the anti-Semitism summit, an Islamophobia summit will be held tomorrow.

After the attack in London, Ontario, members of Congress voted unanimously for a motion calling for a National Islamophobia Summit to be held in June, which killed four members of a Muslim family while out for a walk at night.

At a press conference on Tuesday, Prime Minister Justin Trudeau was asked about the recent outbreak of Islamophobia in Canada.

Trudeau pointed out that the upcoming summit is to deal with Islamophobia, but said that all Canadians should fight against intolerance.

Watch | Prime Minister Justin Trudeau stated that fighting Islamophobia is the responsibility of every Canadian:

Trudeau said the government will do everything it can to combat Islamophobia, but Canadians also have a responsibility to speak out when they see it. 3:03