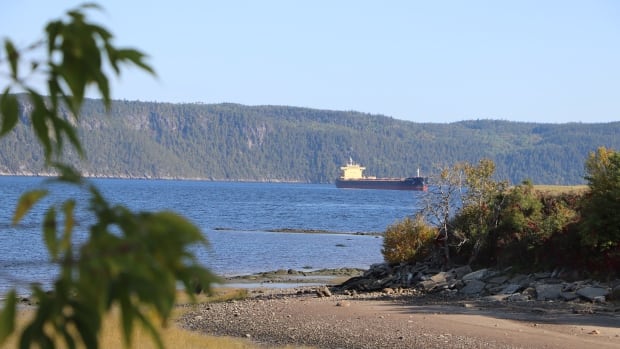 
After years of opposition from citizens, indigenous communities, and environmental experts, the Quebec government refused to approve the construction of a liquefied natural gas (LNG) facility in Saguenay, northern Quebec City.

The decision announced by Environment Minister Benoit Charette on Wednesday effectively killed a 14 billion Canadian dollar project that would transport natural gas from western Canada through Quebec to the port of Saguenay and then transport it to overseas markets.

The government of Governor François Legault was originally a supporter of the project, hoping that the project would diversify the economy of this region that relies mainly on aluminum and forestry.

But the government has also established three criteria for approving natural gas facilities: it must help transition to a greener form of energy, reduce greenhouse gas emissions, and obtain sufficient public support.

Charette said an analysis by his department determined that the Énergie Saguenay project could not meet the first two criteria. The Ministry of Education officials did not bother to analyze the third one.

“This is a project that does more harm than good,” he said at a press conference in Saguenay.

Legault’s cabinet met several hours ago and finally decided not to support the construction of the facility.

The $14 billion project includes plans to build a 780-kilometer natural gas pipeline from northern Ontario to Saguenay, and a separate project to build LNG at a plant in Saguenay and load it onto tankers.

Wednesday’s decision only involved the LNG plant, but Charette admitted that without the plant, the pipeline is unlikely to continue.

GNL Quebec, the company behind the Énergie Saguenay project, said in a statement that it was “disappointed and surprised” by the announcement and was evaluating what to do next.

Charette admits that the West may be disappointed

Natural gas will come from western Canada, mainly from hydraulic fracturing operations in British Columbia and Alberta. Charette said he expects many people there, especially in Alberta, to be disappointed in Quebec’s decision.

But he emphasized that Quebec is not the only jurisdiction in the world that critically views natural resource projects.

“For our friends from Alberta, we said, let us work together on other types of projects, on cleaner projects,” he said.

The Quebec government’s initial enthusiasm for the project became unsustainable because the main financial backers withdrew their support and environmental problems aggravated.

The agency concluded that the project may increase Canada’s greenhouse gas emissions by 8 million tons per year.

Last week, three Innu communities vowed to oppose the project because it would have a negative impact on the environment.

“We signed a cooperation agreement with the promoters a few years ago, but over time we realized that the project is not so environmentally friendly,” Martin Dufour, chairman of the Essipit Innu Band Committee, said on Wednesday.

“It was a simple decision because the project violated our values ??about fauna and the environment.”

Saguenay’s other investments, the minister promised

However, for the Saguenay business community, the government’s decision is a bitter pill to swallow, especially after it has publicly supported the project for so long.

Andrée Laforest, the minister in charge of the Saguenay region, attended the press conference on Wednesday.

“I don’t want to escape the bad news,” said La Foreste, one of Énergie Saguenay’s most outspoken supporters.

Laforest promised to make other major investments in the local aluminum industry and forestry. Together with Charette, she tried to emphasize that their government is still willing to accept other large development opportunities.

“We believe in the GNL Quebec project. The government is very open to this. We will continue to be open to ambitious projects,” she said.