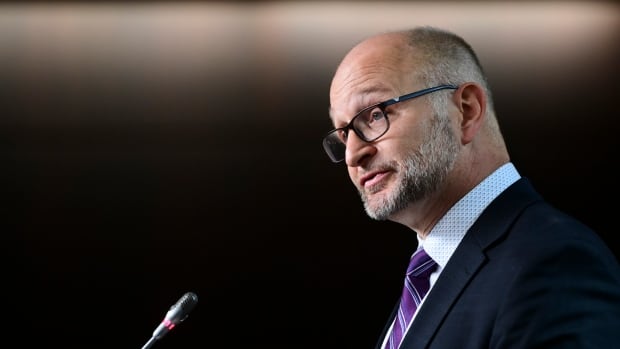 
The federal government is earmarking funding for a project aimed at establishing Ottawa’s commitment to help revitalize the indigenous legal tradition.

Attorney General David Lametti said that within three years, US$918,000 will be provided to the Iroquois and Union Indian Association and the Law School of Lakehead University to support indigenous legislation research and provide assistance to Thunder Bay, Ontario. The Indigenous Law Institute “lays the foundation.”

He said at a virtual press conference on Wednesday: “We believe that this funding will help the indigenous communities carry out the sometimes challenging but important work to revitalize the legal system and thus truly change the status quo.”

“I am a firm legal pluralist. And I firmly believe that the only way Canada can achieve its goal of becoming a just country is to recognize the pluralism and pluralism of legal systems that allow people to follow their own way Live and have existed since ancient times.”

The funds used the previously announced $9.5 million for 21 projects to help Aboriginals, Inuit and Métis people to restore Aboriginal laws across the country.

The plan is a response to the Truth and Reconciliation Commission’s Call to Action No. 50, which requires the federal government to cooperate with Aboriginal organizations to provide funding for the establishment of Aboriginal legal institutions.

Great Chief Joel Abram from the Iroquois and Union Indian Association said that Canada is still in the early stages of achieving indigenous sovereignty.

“I still think that there is still a lot of discussion to be done about the true sovereignty and jurisdiction applied by indigenous communities. If the settler government does not respect it, then it is not in place yet,” he said.

Rametti cited the Mohawk ethnic group in Akwesasne as an example, which established an independent legal system in 2016 to deal with non-criminal crimes in the protected area.

He said that the countless legal traditions of different indigenous communities should be respected, adding that “there is no one blueprint.”

The Canadian legal tapestry weaves together English common law, French civil law, and aboriginal law within a very limited scope—despite attempts to unravel it from the structure in the past.

Canadian courts recognize Aboriginal legal traditions in areas including family law and marriage. But Jura Hughes, the dean of the Lakes School of Law, said that the comprehensive revitalization of the indigenous legal system has never been so “urgent.”

“Although indigenous laws have been regarded as the customs and traditions of indigenous communities, Canadian legal agencies have long ignored or overturned these orders and sometimes criminalized the application of indigenous laws by indigenous leaders,” she said. Hughes said that her faculty members are committed to “decolonization and localization” legal education.

Two projects developed on Wednesday will provide US$481,000 to the Iroquois and the Union Indian Association to improve the legislative process in Lenape, Mohawk, Oneida and Anishinaabe countries during the research phase, and then implement these laws and legislative bodies, the Ministry of Justice said , In the pilot phase.

Another US$437,000 was earmarked for the Bora Laskin Law School of Lakehead University to work with local communities to revitalize Anishinaabe and Metis law, and create land-based learning opportunities for community members and law students.