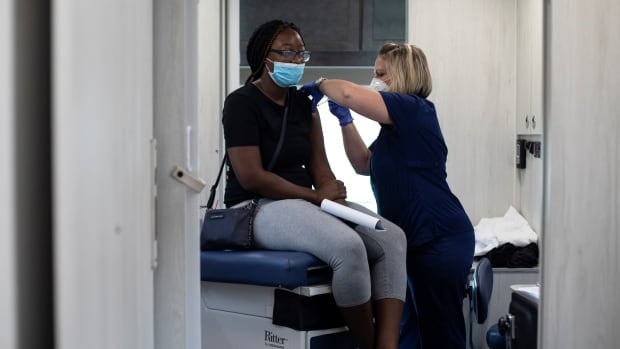 Coronavirus: What happened around the world on Wednesday

According to the World Health Organization (WHO), there were more than 3.4 million new coronavirus cases worldwide last week, an increase of 12% from the previous week.

The United Nations health agency said that after “a steady decline for more than two months,” the number of deaths reported each week was “similar to the previous week, with the reported death toll being close to 57,000.”

Health officials pointed out in the report that the largest increase in COVID-19 cases was in the Western Pacific and Europe. In the past week, WHO stated that the countries with the highest rates of coronavirus infection are Indonesia, the United Kingdom, Brazil, India with United States

“At this rate, it is estimated that the cumulative number of cases reported globally in the next three weeks may exceed 200 million,” said the WHO.

The report stated that although vaccination rates have increased in some countries, the increase in virus transmission is due to new variants, the relaxation of the COVID-19 agreement, and the large number of people who are still susceptible to the coronavirus.

The more transmissible delta variant was originally reported in India and has now been found in 124 countries/regions. The weekly said, 13 countries have been added.

WHO urges countries to commit to vaccinating at least 40% of the population in each country by the end of the year.

Of the more than 3 billion vaccine doses vaccinated globally, only about 1% are for people in poorer countries.

Tokyo 2020 organizers said Thursday that two athletes living in the Olympic Village have tested positive for COVID-19. The organizers announced a total of 11 new cases, including two athletes, bringing the total to 86.

Outside the Olympic Village, the infection rate in the Japanese capital hit a six-month high on Wednesday, and the city added 1,832 new cases.

Tokyo is currently in the fourth state of emergency, which will last until August 22. It covers the entire Olympic period from Friday to August 8. Fans are prohibited from entering all venues in the Tokyo area, and the number of spectators is limited at a few outlying sites.

According to a database maintained by the US government, as of Wednesday, more than 191.9 million COVID-19 cases have been reported worldwide. Johns Hopkins UniversityThe reported global death toll exceeds 4.1 million.

in EuropeOn Wednesday, the police used tear gas and water cannons to disperse protesters who had gathered in Athens to oppose the Greek government’s request for vaccination against the coronavirus. A few hours after the government submitted legislation requiring employees in nursing homes and nursing facilities to be vaccinated against COVID-19, demonstrations in front of the parliament building took place.

in Asia Pacific, Due to the growing COVID-19 cluster, more than half of Australia has been locked down. With the limited supply of Pfizer-BioNTech vaccines and the surge in delta variants, Prime Minister Scott Morrison said that he is urging the government’s vaccine consultants to relax the eligibility for AstraZeneca-Oxford vaccination.

inside America, The number of COVID-19 cases in the United States tripled in two weeks. Health officials blamed delta mutations and vaccination rates for flattening. The latter is Dr. Anthony Fauci, director of the National Institute of Allergy and Infectious Diseases. Blame it on politics and misinformation.

in AfricaThe President of Tunisia on Wednesday ordered the military to take over the management of the national pandemic response as the country is fighting one of the worst outbreaks on the African continent. The authorities were unprepared for this decision. When the crowd gathered at the vaccination center, it caused chaos and chaos.