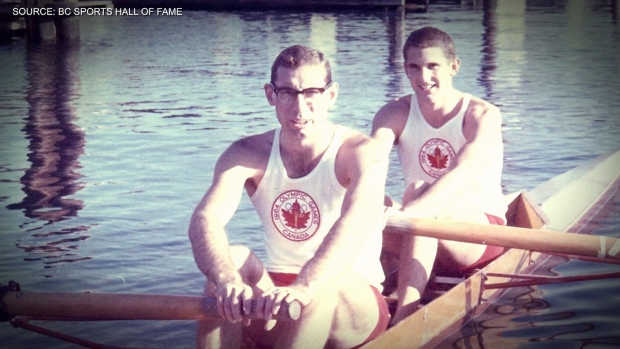 Canadians reflect on their competition at the 1964 Tokyo Summer Olympics


Toronto-Although Tokyo welcomes the world this week, many people still clearly remember that the last Summer Olympics was in 1964.

Among them is the 80-year-old Bill Crothers, who is a two-time Olympic athlete and has a school named after him in Markham, Ontario.

The ’64 Games were held in Asia for the first time in history. Japan began its economic recovery nearly 20 years after the end of World War II.

“This is for them to go to the world,” Crossers said. “The Japanese people are very proud of hosting the Olympics.”

According to today’s standards, the team sent by Canada is very small. In 1964, Canada sent 118 athletes, and this week 370 athletes will be sent to Tokyo.

Canada won only four medals in 1964. Doug Rogers, who died last year, won a silver medal in a judo competition, while the late Harry Jerome won a bronze medal in the 100m competition.

Then the rowing pair surprised everyone.

“We are doing our own thing,” George Hungerford said. “No one is paying attention to us.”

Hungerford and Roger Jackson began training together for the Olympics six weeks ago, and they became partners after their teammates were injured.

Considering their low chances of winning, most Canadian officials and journalists did not even participate in the game-so when they won the gold medal, they were not there to watch.

“It turns out that this is the only gold medal in the Olympics,” Jackson said.

That moment is immortal in a painting. Jackson still has the precious medal he won 57 years ago.

This summer, as Canada sent the largest rowing team in a generation to Tokyo, Jackson has high hopes.

“There are many Canadian rowing events, and we all hope that many boats can make it to the finals,” he said.

As for Crossers, he will also watch the game excitedly for the new generation of athletes. Six alumni of the school named after him will compete in Tokyo. He will cheer for them at home.

Documents from Alexandra May Jones