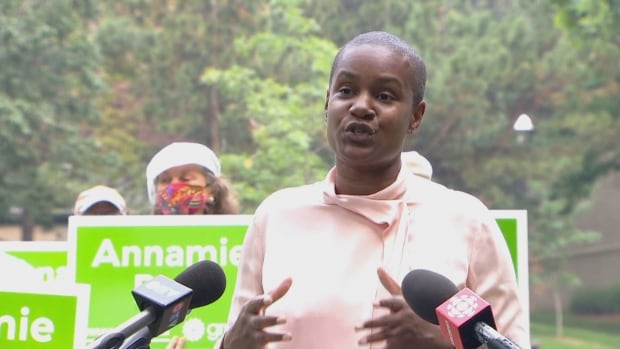 
Green Party leader Annami Paul said today that the internal challenges faced by her leadership should wait until after the widely anticipated fall elections.

Paul said at today’s press conference: “We see that we have candidates ready to start. We don’t need this kind of distraction, so of course I hope this is the end.”

Paul said she will face a scheduled leadership review after the next federal election. At the same time, she said that she needs the support of the party.

“I hope people will continue to support me. I hope I have the opportunity to serve, and that’s what it really means,” Paul said.

“I want to lead us to the next election. I want to provide my services to our members and Canada. I hope that those who feel different will wait until a more appropriate time to take action.”

The party issued a statement on Monday confirming the cancellation of the vote. It said: “No further motion of no confidence in the leader will be proposed to the current Federal Council or the Green Party before the next meeting.”

The current Federal Council will be replaced in mid-August, which means that Paul may still face threats to his leadership before the fall elections. Paul said that she hopes the party will continue to support her during this period so that it can return to working hard to get the Green Party candidate elected.

Due to funding constraints, the party executive fired the staff in Paul’s office and did not release any funds to support her horse riding. Paul said on Monday that none of these decisions have been reversed.

Middle East tensions within the party

The conflict between Paul and her party reached a crisis point in May, when violence in the Middle East escalated, and Paul issued a statement calling for easing and resuming dialogue.

He wrote that the Green Party will work to “introduce progressive climate advocates who oppose the law and support LGBT, indigenous sovereignty and Zionists!!!”

The party’s Federal Council told Paul that she must abide by its instructions and publicly refute Zatzman’s comments to avoid a vote of confidence. She refused to do so, and the party now seems to have entered a short-term peace.

“This is very painful for me and my family, and I want to meet frankly about it,” Paul told reporters at a press conference in the Toronto Center today that she intends to participate in the next election.

“When you value your integrity so much, it’s hard to be questioned. It’s hard to put your commitment to human rights and social justice into question.”

Paul said that the conflict with her party has caused losses to her and her family, and she has considered resigning several times in recent weeks.

“The reason I didn’t was because it shouldn’t be so hard,” she said. “For well-meaning people and experienced people, it should not be difficult to provide services to their country.

“There are too many good people who find it impossible. I just don’t want to be one of them.”