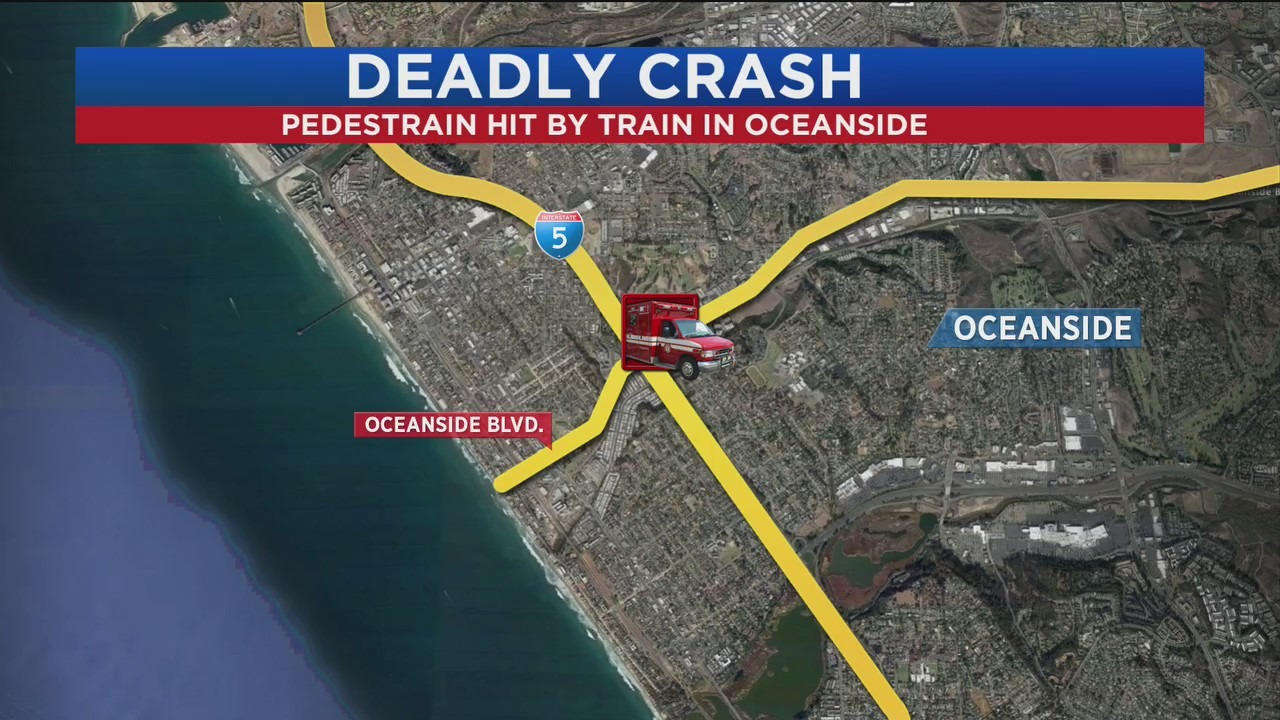 Pedestrian killed by train in Oceanside

OCEANSIIDE (CNS)-Sheriff officials said on Sunday that a pedestrian was killed by a train in Oceanside.

According to the sergeant, a Burlington North Santa Fe railway train was travelling south at around 10pm on Saturday night. The railway track crossed Oceanside Avenue and hit a pedestrian. Jason King of the San Diego County Sheriff’s Department.

Jin said that the representative who arrived at the scene found that the pedestrian had died. They are investigating the incident.

Anyone with information about the case is required to call the Sheriff’s non-emergency hotline 858-565-5200.