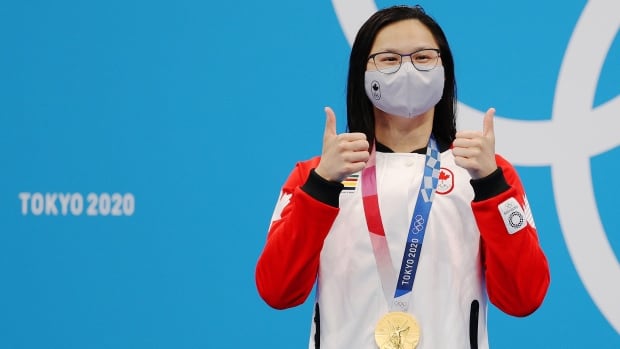 McNeill from London, Ontario is participating in her first Olympic Games and has won two medals.

A day ago, McNeill was a member of the Canadian women’s 4x100m freestyle relay team that won the silver medal.

McNeill did what she often did before each game-she kicked the back of the obstacle three times, splashed herself 15 times, and then locked the game.

In the 100m butterfly semifinals and the women’s 4x100m freestyle relay 24 hours, she showed no signs of fatigue.

Like many Canadian swimmers, Mac Neil threw a curveball during her Olympic trip.

Usually she trains in the United States and swims at the University of Michigan. In the 2021 NCAA Swimming Championships, she won and set the NCAA 100-yard butterfly record, becoming the first woman in history to run under 49 seconds in this event.

But due to COVID-19, she had to change her preparations to enter the Olympics.

Due to all the changing restrictions, McNeill was forced to leave her coaching and training program in the United States and restarted with the team at the high-performance center in Toronto-which was not ideal in the months before the Olympics condition.

After two weeks of isolation, McNeill began working with the national team and coaches in early April.

She said that although this change is not optimal, she actually made progress in many different disciplines in the end.

In Tokyo on Monday, she showed her composure and resilience and returned to the podium for the second day in a row.

Later, 14-year-old Summer McIntosh, the youngest athlete on the Canadian team, almost missed the podium and finished fourth in the women’s 400m freestyle.