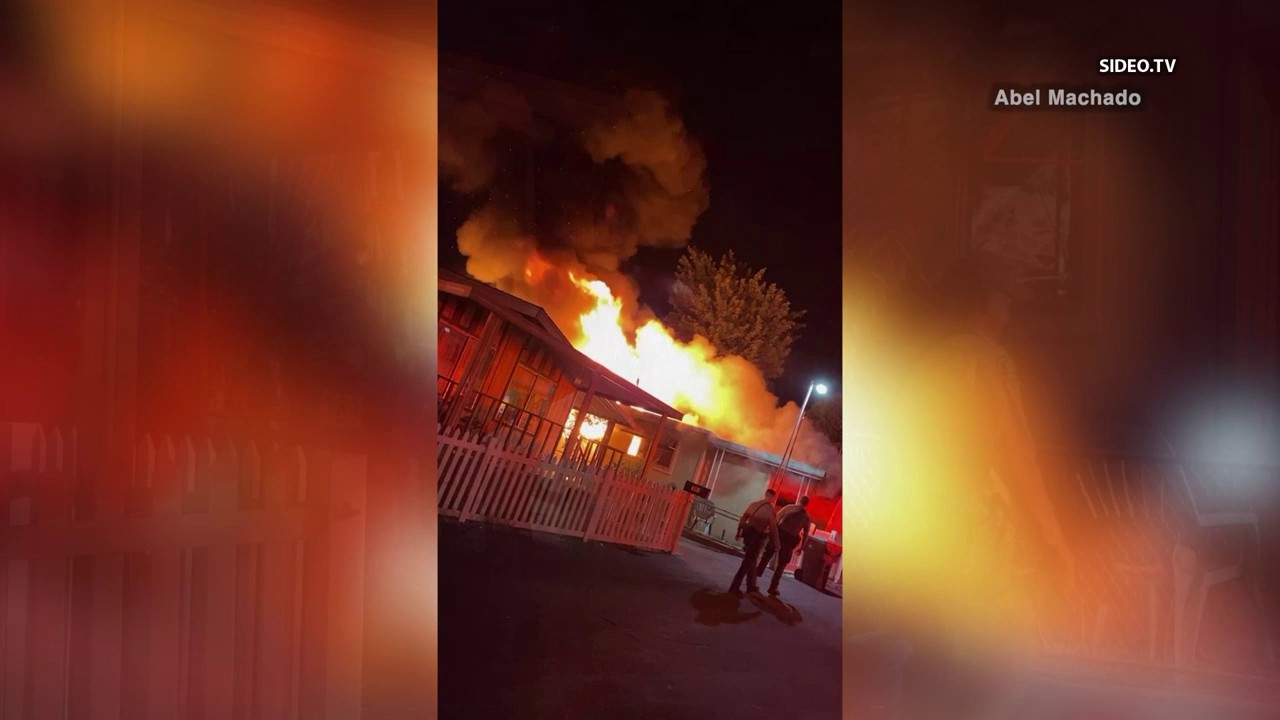 Grandma was killed, boy escaped from the fire


San Diego-Sheriff’s officials said on Sunday that a woman was found dead after a fire broke out in a mobile home park in San Diego, but her grandson was able to escape.

According to the San Diego County Sheriff’s Department, a fire was reported on a trailer at Sweetwater Lodge near Jamacha Avenue in Spring Valley before 10pm on Saturday night.

When the firefighters arrived, the mobile home had been engulfed by flames. After hearing that someone was still trapped inside, they started search and rescue work while fighting the flames, San Miguel Fire Brigade. Chief Roddy Blunt said.

The 14-year-old boy told the sheriff’s investigators that his grandmother had been sleeping in the trailer. Authorities said that when firefighters rushed to her and contained the fire, they found her dead.

The officer of the sheriff said that the boy’s family was contacted to take care of him, and he was eventually taken to the hospital for smoke inhalation treatment, “out of caution.”

A neighbor told a photographer of the 619 news media that he and his partner did their best to reach the woman, but they could not enter the burning building.

“He was yelling’grandma, grandma, grandma’,” neighbor Abel Machado said when he recalled the boy standing outside the burning trailer calling for help. The young teenager told Machado that his grandmother had been sleeping in the fired secret room.

As a precautionary measure, nearby residents were evacuated, but the fire did not spread to any other mobile homes. The sheriff’s bomb and arson investigators are investigating the cause of the fire.