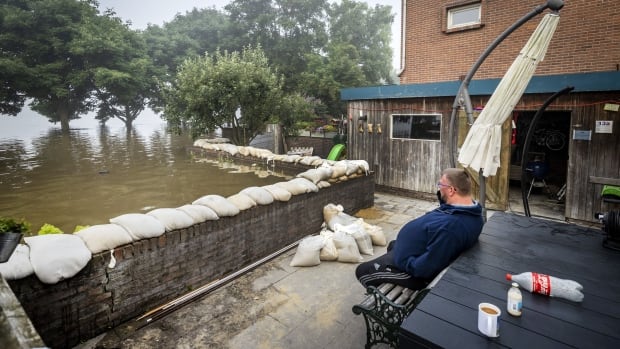 
After rescuers dig deep into the wreckage left by the receding water, the death toll caused by the floods in Western Europe on Sunday climbed to more than 180.

The police set the death toll in the hard-hit Ahrweiler region in the western German state of Rhineland-Palatinate at 110 and expressed their concern that this number may rise. In neighbouring Germany’s most populous state of North Rhine-Westphalia, 45 people were confirmed dead, including 4 firefighters. Belgium has confirmed 27 casualties.

Later on Sunday, German Chancellor Angela Merkel will visit Schuld, a village near Ahrweiler, which was destroyed by floods. Her visit came after the German President visited the region on Saturday and made it clear that he needed long-term support.

On Saturday night, there were floods in the German-Czech border areas, all parts of the country that were hit by floods last week, the southeastern corner of Germany, and the Austrian border.

After the expansion of the Ache River, about 65 people were evacuated in Berchtesgaden, Germany. At least one person was killed.

Later on Saturday, a flash flood swept through the nearby Austrian town of Hallein, but no immediate casualties were reported.