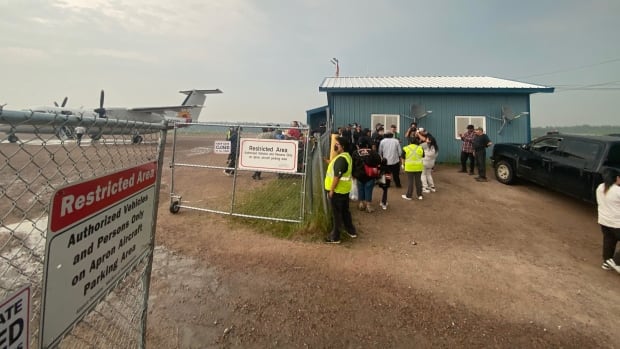 
The Ontario Aviation, Forest Fire and Emergency Services (AFFES) agency said that a forest firefighter died in northwestern Ontario after a medical emergency in the Fort Frances area of ??Ontario last week.

AFFES Fire Information Officer Chris Marchand said that the agency and the Northern Ministry of Development, Minerals, Natural Resources and Forestry were “deeply saddened” by the death of the firefighter.

Marchand said that the identity of the deceased has not been determined. He was a contract firefighter who died in the hospital after a medical problem on July 15 while he was helping to deal with a wildfire burning in the Fort Francis area.

“Our department is working with the Ontario Police Department, the Department of Labor, Training and Skills Development, the Coroner’s Office and contract service providers to investigate,” he said. “We sincerely thank our wasteland fire contractor for their support and staff to help us fight these fires in northwestern Ontario.

“We remain committed to providing a safe working environment for our employees and our partners, and working together to survive… this period of increased fire activity.”

No further details were provided.

More than 100 fires broke out in the area on Sunday

As of Sunday morning, more than 100 forest fires were burning in northwestern Ontario. According to the province’s interactive forest fire map.

AFFES stated that Red Lake 51 continued to burn about 24 kilometers west of the aboriginal people of Luhu, covering an area of ??more than 45,000 hectares.

The agency stated that the fire was too violent to send ground crews, and officials were looking for opportunities to bring the eastern edge of the fire (closest to Deer Lake) to the natural boundary.

A kind Luhu fully evacuated At the request of community leaders, it will be held on weekends.

Honghu 65 covers an area of ??about 12,300 hectares and is burning about 7 kilometers northwest of the aboriginal people of Baiyang Mountain. AFFES once again stated that the fire was too aggressive to deploy ground crews safely, and officials were looking for opportunities to bring the fire to the natural boundary.

Baiyang Mountain has been fully evacuated.

At the same time, the Honghu City Government continued to inform residents that they might be evacuated.

Honghu No. 77 burned about 36 kilometers west of the community, covering an area of ??about 17,000 hectares. Firefighters also had to deal with several smaller fires that broke out south of the Red Lake in the past few days.

Marchand said that as of Sunday, four smaller fires south of the Red Lake had been brought under control. Honghu 124 is not controlled at 40 hectares.

Among the new fires reported on Saturday was Nipigon 56, which burned 2.5 kilometers southeast of Schreiber, at the northernmost tip of Lake Superior. AFFES stated that the fire area is 0.2 hectares and has not yet been controlled.

Marchand said that some measures were taken over the weekend to put out the fire.

“A fire in a place close to the community must be the top priority of the Nipigon District Fire Management Headquarters,” he said.

The no-fire zones in Kenora, Fort Frances, Dryden and Thunder Bay areas, as well as parts of Sioux Lookout, Red Lake and Nipigon areas are still in effect. Outdoor burning is not allowed in these areas.

The temperature on Sunday is expected to reach around 30 degrees Celsius, in the middle of more than 30 degrees.

“Heat has always been an ongoing issue in firefighter safety,” Marchand said. “This is hard physical work, and the conditions are very difficult.”

According to Environment Canada, there is a 30% chance of rain in Fort Frances, Thunder Bay, Kenora and Dryden on Monday, and 60% of showers on Wednesday.

Marchand said: “The deeper we go into these types of conditions, the more difficult it is to put out fires.” “The fires we find are bigger and harder to extinguish. They dig deeper, in some cases up to 30 to 45 centimeters. It depends on the type of ground they burn.

“It takes longer to fight, and more resources are needed to fight it.”