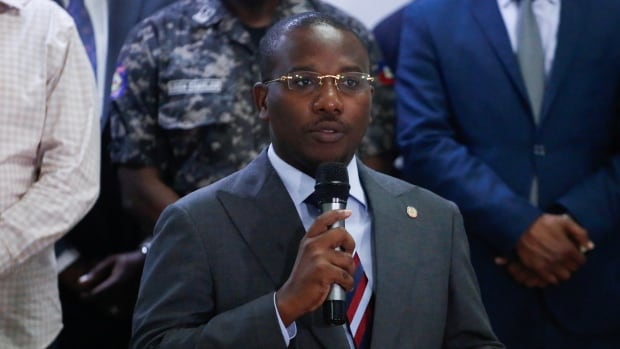 
On Saturday, a group of important international diplomats appeared to be snubbing the man who currently administers Haiti, urging another politician, the designated prime minister, to form after the assassination of President Jovenel Moïse government.

Although Moise announced his successor the day before his assassination, interim Prime Minister Claude Joseph has been leading Haiti with the support of the police and the army.

Joseph and his allies argued that the designated successor, Ariel Henry, was never sworn in, but he promised to work with him and Haiti’s inactive Senate Speaker Joseph Lambert.

The core team issued a statement consisting of ambassadors to Haiti from Canada, Germany, Brazil, Spain, the United States, France, the European Union, and representatives from the United Nations and the Organization of American States.

The organization called for the establishment of “a mutually agreed and inclusive government.”

“For this reason, it strongly encourages the appointed Prime Minister Ariel Henry to continue to carry out the tasks entrusted to him to form such a government,” the organization said.

U.S. and UN officials could not be immediately reached for comment. Spokespersons for Henry and Joseph and the Organization of American States did not immediately respond to a message requesting comment.

The organization also asked “all political, economic, and civil society actors in the country to fully support the authorities’ efforts to restore security.”

Moïse was killed by gunmen on July 7 and they attacked his private residence. Authorities said the attack involved Haitians, Haitian Americans and former Colombian soldiers.

A day later, U.S. State Department spokesperson Ned Price pointed out that Joseph was the incumbent in this position and served as acting prime minister before the assassination. “We continue to work with Claude Joseph,” he said.

On July 11, a delegation of representatives from the US Department of Justice, Homeland Security, State Department, and National Security Council went to Haiti. They reviewed critical infrastructure, talked to the Haitian National Police, and met Joseph, Henry, and Lambert at a joint meeting.

The Canadian Embassy in Haiti and the Canadian Department of Global Affairs did not immediately respond to requests for comment.