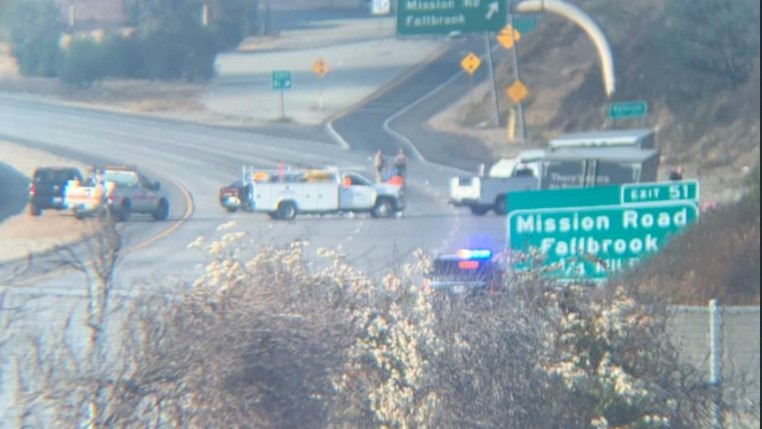 I-15 closed near Falbrook in Temecula after deadly wreckage


San Diego (CNS)-On Saturday, in a rollover accident, Interstate 15 was closed for several hours in Far North County, resulting in one death and another hospitalization.

According to Captain John Choi of the North County Fire District, the bicycle accident involving a sedan occurred at about 3:30 am on the I-15 Interstate Highway north of Mission Road, not far from Fallbrook and Temecula.

Choi said that both passengers in the car were thrown out of the car. A man was taken to Palomar Hospital because the California Highway Patrol shut down highway traffic for a death investigation.

Caltrans San Diego stated that the vehicle diverted on the highway on Rainbow Valley Road and sent out Sigalert.

The fire department tweeted out at 6:43 in the morning: “If you are driving south on Highway 15, please give yourself extra time this morning.”

The authorities stated that the Health Protection Center reopened the highway at around 11 am.