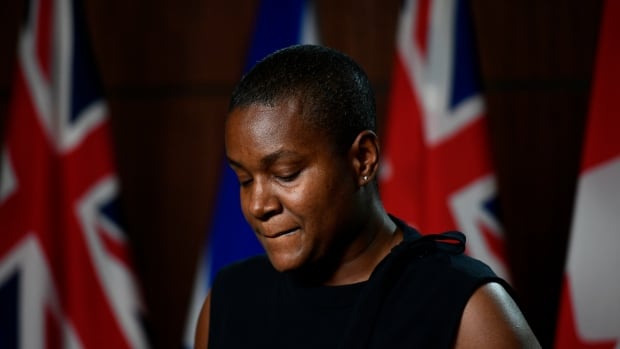 CBC Radio’s House of Representatives: The Greens in Crisis

In this week’s program: After reports that Green Party officials discussed the withdrawal of leader Annami Paul’s membership, two former leadership contenders discussed the fragile situation of the Green Party. After the assassination of the president, the experts discussed the political situation in Haiti. Also, as we approach the 50th anniversary of the policy, take a look at the legacy of official Canadian multiculturalism. 50:02

How blue is the Green Party?

The Canadian Green Party has been embroiled in a leadership crisis for several months. Leader Annamy Paul and party members have quarreled in public, while the prospect of early elections is getting stronger day by day. In order to lead the Green Party in this election, Paul must first survive a vote of confidence promoted by members of the party’s Federal Council—an institution that has been opposed to her in recent months.

CBC’s David Thurton laid the groundwork for next week’s vote of confidence, while party members and former leadership competitors Dimitri Lascaris and Amita Kuttner weighed how the conflict would affect the party’s image at a critical moment.

CBC News: House of Representatives11:37How blue is the Green Party?

As the Federal Green Party leadership crisis continues before the vote of confidence next week, the House of Representatives talked with two former leadership competitors to understand their views on the issue. 11:37

How should Canada help Haiti?

The assassination of Haitian President Jovenel Moïse plunged Haiti into deeper turmoil. Recently, both at home and abroad are calling for international support.

Former Canadian Ambassador to Haiti Gilles Rivard and Haitian Canadian activist Jean Saint-Vil and guest host Adrian Harewood discuss what Canada should play now Role (if any). At the same time, Laurent Dubois, a professor of history at the University of Virginia, explained how this current crisis fits into the history of Haiti.

This is a country in crisis, a democracy in danger. Should Canada help Haiti restore stability immediately, or should it turn a deaf ear to countries in a state of emergency? 15:33

Almost half a century ago, multiculturalism became Canada’s official policy-the then Prime Minister Pierre Trudeau introduced this policy to recognize the diverse cultures that make up the country. this week, house Look at the legacy of Canadian multiculturalism, what it means to Canadian identity and how it affects our political discourse.

Canada’s official multiculturalism will celebrate its 50th birthday this year. A panel of experts discussed multiculturalism as the legacy of government policy and how it affects what it means to be a Canadian. 10:38

Susan Le Jeune d’Allegeershecque ended her term as the British High Commissioner to Canada this month.Recently, she sat down with house Chris Hall discussed her tenure and the state of Anglo-Canada relations at her official residence in Ottawa—and the common challenges the two countries currently face, from COVID-19 to climate change.

Chris Hall sat down with the outgoing British High Commissioner in Canada, Susan Le Jeune d’Allegeershecque, to discuss her tenure and the status of Anglo-Canada relations. 9:37