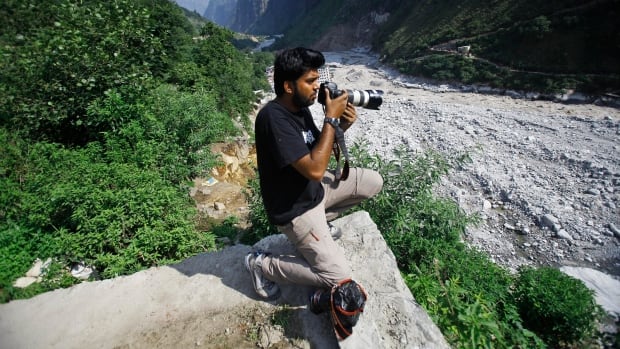 
Reuters News Agency’s Pulitzer Prize-winning photographer recorded the killing of the Afghan army and the Taliban in a battle near the strategic border crossing during the continued withdrawal of the U.S. and NATO troops on Friday.

Siddiqui, a 38-year-old Dane, has served in the Afghan Special Forces for the past few days and was killed when a commando fought to control the Spin Boldak border crossing in southern Afghanistan and Pakistan.

Siddiqui is a member of a team that won the 2018 Pulitzer Prize for Thematic Photography for reporting on Rohingya refugees fleeing Myanmar. Recently, he captured scorching photos of India’s fight against COVID-19 and protests against the new agricultural law.

Farhat Basir Khan, a professor of mass communication at Jamia Millia Islamia University in New Delhi, praised the empathy of his former students and his determination to pursue difficult and complex stories.

Khan said in a statement: “He is our eyes. He has provided voice and agency to thousands of people who may have lost their pain.” “If a picture is worth a thousand words, then he Is worth millions.”

Reuters quoted the military as saying that Siddiqui and a senior Afghan officer were killed during a special force fighting to retake Spinboldak’s main market area.

The Indian authorities stated that the Taliban had handed Siddiqui’s body to the ICRC.

Reuters said it was seeking more information on how Siddiqui was killed, calling him “a loyal husband and father, and a well-loved colleague.”

Reuters Photo Asia editor Ahmed Masood said: “Imagine that I will no longer talk to Danes. This is devastating for me.” “A kind person. As a person and a professional, he is the most Okay. His work fully illustrates his bravery and his passion for photojournalism. He cares.”

U.S. State Department Deputy Spokesperson Jarina Porter expressed the condolences of the United States, saying that Siddiqui was “celebrated for her work in the most urgent and challenging news reports in the world, and created compelling The image conveys the rich emotions and the human face behind the headlines.”

“Siddiqui’s death is a huge loss, not only for Reuters and his media colleagues, but also for the rest of the world,” she said.

The battle surrounding Spin Boldak coincides with the completion of the final phase of the withdrawal of US and NATO forces from Afghanistan, opening the door for the Taliban to control large areas of territory.

One region after another has fallen into the hands of the Taliban, and the insurgents have occupied several key border crossings in the past few weeks, exerting greater pressure on the Afghan government and cutting off strategic trade routes.

“Capturing the human face of a sudden story”

Siddiqui was born in New Delhi and is a self-taught photographer. Before deciding to switch careers, he was a defense reporter for a leading television network in India.

According to an interview with Forbes India in 2018, Siddiqui said that he was frustrated because TV news only focused on big stories, not the small stories of the Indian interior that he wanted to explore. In 2010, he quit his high-paying television job and became an intern at Reuters.

Reuters compiled photomontages of his best works, including muddy traditional Indian wrestlers, Hindu priests praying in a cave above the Ganges, and a man covered in cotton wool feeding cotton by hand Enter the photo of the aging machine.

“Although I like to report news stories — from business to politics to sports — my favorite is to capture the human face of emergent stories,” he wrote in his profile on the Reuters website. “I really like to report on issues that affect people due to different types of conflicts.”

Siddiqui and his colleagues won the 2018 Pulitzer Prize, which the judges described as “shocking photos that exposed the world to the violence faced by Rohingya refugees fleeing Myanmar”.

In one of his winning photos, an exhausted woman huddled on the beach, while the men behind her were unloading the boat carrying them to the safety of Bangladesh.

Siddiqui told Forbes that shooting these images was difficult because the photographer had to walk barefoot through the rice fields for four hours to reach the border area.

“It’s also an emotional thing,” he said. “I am the father of a two-year-old child. It is terrible to see the child drowning. However, as a reporter, you have to do your job. I am happy that I can balance my career and emotions and know when to put down my camera. To save the children left in the water by the fishermen.”

Siddiqui reported on the conflict in Iraq, the earthquake in Nepal and demonstrations in Hong Kong.But in recent months he Set eyes on the COVID-19 pandemic in India, Provides scorching images of people who have suffered and died without adequate medical treatment and oxygen.

He wrote: “I shoot for ordinary people. They want to watch and feel the story in places where they can’t show up in person.”

Social media tributes to Siddiqui included a post he made at the Pulitzer Prize ceremony in New York. It shows a close-up of the name tag, which identifies him as “2018 Pulitzer Prize Winner Feature Photography”.

“For Sarah and Yunus,” he wrote above the picture, thinking of his children when he won this prestigious award.