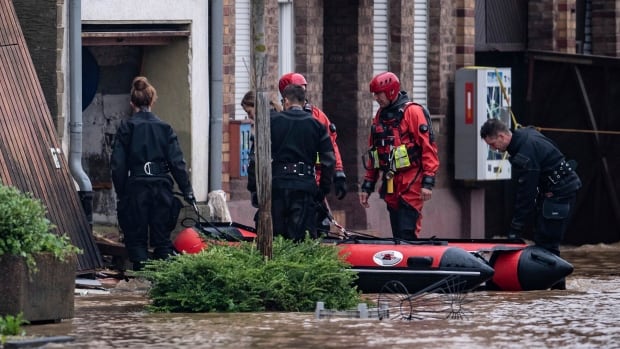 
The death toll from devastating floods in western Germany and parts of Belgium rose to more than 90 on Friday, as the search for hundreds of unaccounted persons continues.

Authorities in the German state of Rhineland-Palatinate state that 50 people have died there, including at least 9 residents of assisted living facilities for the disabled.

In the neighboring state of North Rhine-Westphalia, the official death toll was set at 30, but warned that this number may rise further. According to reports, about 1,300 people are still missing, but the authorities said that efforts to reach them may be hindered by the interruption of roads and telephone connections.

Local authorities and the media reported earlier on Friday that in interim statistics, the death toll in Belgium has risen to 12, and 5 people are still missing.

This week’s flash floods occurred after a few days of heavy rains, which turned streams and streets into torrential torrents, washed away cars and caused houses in the area to collapse.

On Thursday evening, at a press conference held at the White House, German Chancellor Angela Merkel and US President Joe Biden expressed their grief for the victims.

The long-time German leader who is bidding farewell to Washington said she fears that “the full extent of this tragedy will only become apparent in the next few days.”

Rescuers rushed to help people trapped in their homes in the town of Erftstadt in southwest Cologne on Friday, where several houses were in danger of collapsing as the foundations were destroyed by floods.

Late Thursday, the three were rescued from the Ulm River in Heinsburg County.

The governor of North Rhine-Westphalia, Armin Laschet, held an emergency cabinet meeting on Friday. The 60-year-old’s handling of the flood disaster is widely regarded as a test of his ambition to succeed Merkel as chancellor in the German national election on September 26.

The German army has deployed 900 soldiers to assist in rescue and clean-up work.

Thousands of people are still homeless after their houses were destroyed or deemed in danger by the authorities, including several villages around the Steinbach Reservoir, which experts say may have collapsed under the weight of the flood.

On the other side of the Belgian border, most drowning people have been found near Liège, where the rain is the heaviest. The sky in eastern Belgium is basically cloudy, and people are increasingly hopeful that the worst disaster has passed.