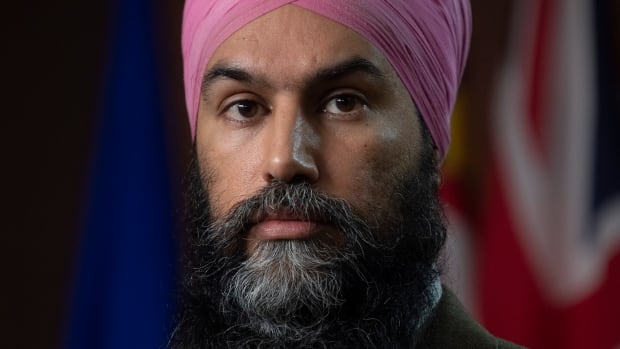 
New Democratic Party leader Jagmit Singh said his party is committed to creating 1 million jobs-something the Liberal and Conservative parties have promised in the past.

The NDP plan includes promises to improve worker welfare — such as sick leave — and investment in infrastructure to build more affordable housing and retrofit buildings.

Singh said at a press conference in Windsor, Ontario: “We need to invest in areas where people lose their jobs and create more jobs.” Today.

Singh’s announcement comes as party leaders have been making announcements across the country in the hope that general elections will be held before the end of the summer.

Singh said that what makes his plan different from other parties is that he promised to provide more support to workers.

“For us, unless we have a better job, there is no employment plan, which means we must immediately raise the minimum wage at the federal level. [and] The legislation provides for paid sick leave,” he said.

The NDP plan includes a sick leave plan that raises the minimum wage and provides workers with 10 days of paid sick leave. Singh acknowledged that these measures only apply to people who work in federally regulated industries.

When asked what this means for workers covered by provincial labor laws, Singh said the federal government can encourage provinces to follow suit.

Although the NDP plan focuses on worker support, Singh said that most of the job creation activities will come from his promised infrastructure investment.

“Our plan also includes some measures that will create economic activity,” he said.

The other parts of the plan are designed to ensure that Canadian products are used in car manufacturing and public infrastructure projects.

“The infrastructure projects of the Canadian project must use Canadian products,” Singh said. However, he did not call it a “buy Canada” policy.