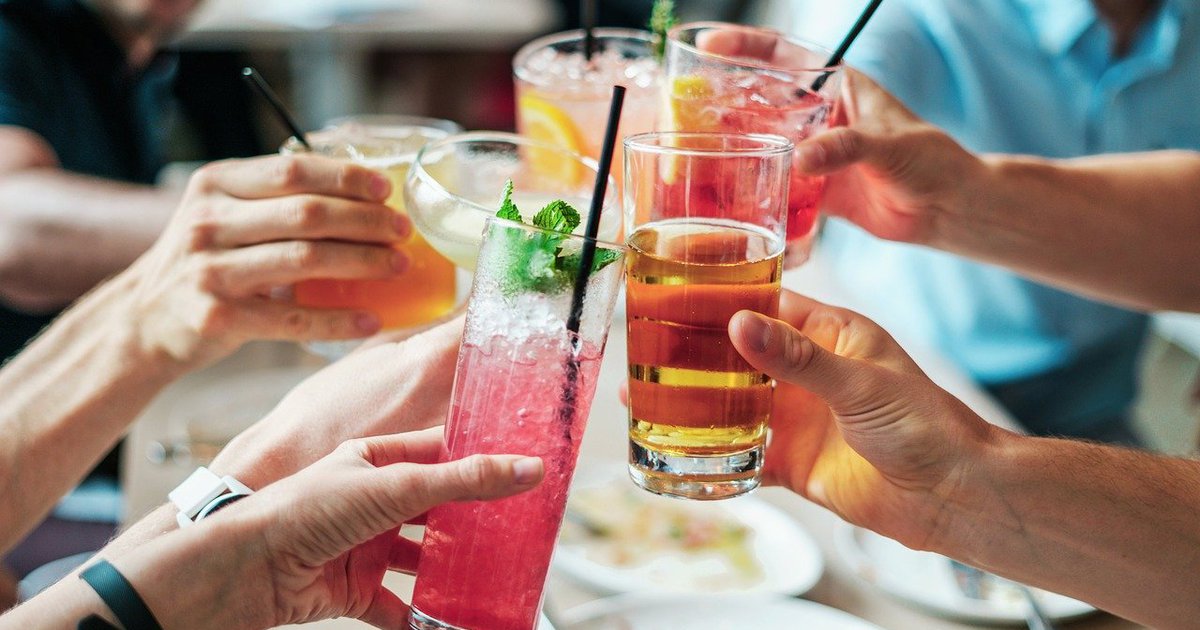 
Are you a social drinker? Do you like to relax with a glass or two of wine at the end of the day? Although there is well-documented evidence that heavy drinking increases the risk of certain cancers, there may be conflicts in research on light and moderate drinking.

Most studies have shown that every alcoholic beverage increases the risk of cancer, but the exact increase is unclear. There are other studies that show that drinking one or two glasses of red wine a day can prevent cancer.

according to U.S. Centers for Disease Control and Prevention, Drinking any type of alcohol will increase the risk of the following cancers: mouth and throat, throat, esophagus, colon and rectum, liver and breast. Every time you drink alcohol increases your risk, so the more you drink, the higher your risk.

Although research on the link between cancer and alcohol use continues to grow, most of it focuses on Heavy drinkingThere are also studies that show that drinking a little red wine every night is actually good for you.This theory The plant-based resveratrol in red wine helps prevent or fight cancer, but according to National Cancer Institute There is not enough data to prove this.

For those of us who just want to know whether social drinking is more dangerous than we think, all of this can be confusing.

The latest research from the International Agency for Research on Cancer of the World Health Organization provides some further clarifications. These researchers found that even light to moderate drinkers have a significantly increased risk of breast, colon, and oral cancer, and these people account for one in seven new cancer diagnoses in 2020.

According to this latest study, globally, an estimated 741,300 new cancer cases diagnosed in 2020 are related to drinking. Although the largest proportion of these cases (46.7%) was related to alcoholism, moderate alcohol consumption (they defined as a maximum of two drinks per day) resulted in 82,600-207,200 cases, and mild alcohol consumption (less than 10 grams per day) was 35,400 to 145,800 cases.

“All drinking involves risks,” Say Study co-author Jürgen Rehm is a senior scientist at the Institute of Mental Health Policy of the Canadian Center for Addiction and Mental Health and the Campbell Family Mental Health Institute.

According to Kevin Shield, an independent scientist at the Mental Health Policy Institute, tThe main ways that alcohol causes cancer It is by weakening the body’s natural DNA repair process. It can also cause sex hormone imbalance, which can lead to breast cancer. At the same time, smokers who drink alcohol have a higher risk of head and neck cancer, because alcohol increases the absorption of carcinogens in tobacco.

Rehm said the link between light to moderate alcohol consumption and cancer is still relatively new, and public health policies have not yet indicated the extent of cancer risk.

The research is based on a 2010 survey of alcohol exposure and alcohol sales data collected in almost all countries around the world. The researchers also calculated the number of alcohol-related cancer cases in 2020, ten years later. All data are combined to calculate the latest relative cancer risk estimates based on consumption levels.

Some experts who did not participate in the WHO study warned that the method has flaws, including concerns that alcohol use is underestimated and that drinking patterns may have changed before and after the 2010 survey. They also pointed out that the sales figures did not accurately reflect how much alcohol a person purchased.

Critics say that the study also did not consider the impact of other cancer risk factors, such as genetics and environment.Layman told CNN A better way to measure alcohol exposure is needed.

The new research is published in the journal Lancet Oncology.