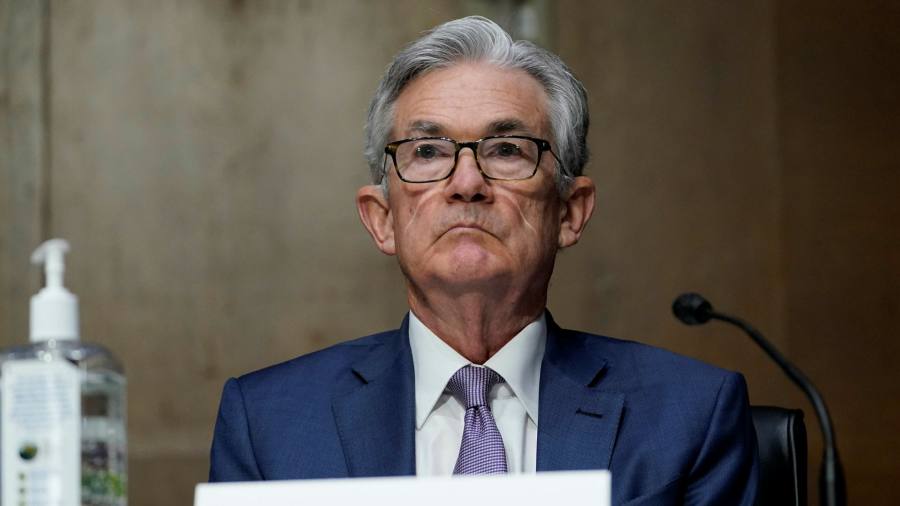 Jay Powell said that if U.S. inflation gets out of control, the Fed is ready to intervene


Fed Chairman Jay Powell said that if inflation gets out of control, the Fed is ready to intervene, but emphasized that he expects price increases to slow later this year.

Powell said in a prepared speech before the hearing of the House Financial Services Committee on Wednesday: “Inflation has risen significantly and may remain high in the next few months before easing.”

He added that if we see signs of inflation paths or long-term inflation expectations that are significantly and continuously exceeding levels consistent with our goals, the Fed will be prepared to adjust its monetary policy stance as appropriate.

Powell’s comments came after the data showed the U.S. Consumer Price Index rose Compared with the same period last year, the increase in June was 5.4%, which again raised concerns about the possible overheating of the US economy.

These data may put pressure on the Federal Reserve to begin to slow down the process of massive monetary support provided to the economy during the pandemic more quickly, starting with a reduction of $120 billion in asset purchases per month.

Powell said in his speech: “Inflation is temporarily driven by the base effect because the sharp price drop associated with the pandemic last spring has disappeared from the 12-month calculation.”

“In addition, production bottlenecks or strong demand from other sectors where supply constraints restrict production have caused the prices of certain goods and services to rise extremely fast. This situation should be partially reversed as the bottleneck effect is lifted.

He added: “Due to the surge in demand for these services following the reopening of the economy, the prices of services that have been hit hard by the pandemic have also risen in recent months.”

At the hearing, Powell is likely to be pressured by Republican congressmen to explain the Fed’s position in this regard. inflation. Republicans are increasingly criticizing the White House and Democrats for passing $1.9tn stimulus legislation March passed.

Some people also accused the Fed of complacency in the face of rising prices and called for the rapid removal of monetary stimulus measures.

But many Fed officials worry that the move is too fast to withdraw support for the economy. The U.S. labor market is still far below the level of employment before the pandemic, and the global impact of the coronavirus crisis may still pose risks to the U.S. economy.

After Powell’s testimony came out, U.S. Treasury bonds continued their rally, and the benchmark 10-year Treasury bond fell by more than 0.4 percentage points to 1.37% on the day.

Short-term Treasury bonds, which are more sensitive to policy adjustments, also rose. The yield on the two-year Treasury bond fell by nearly 0.02 percentage points to 0.23%.

At the June meeting, the Federal Reserve launched a debate Regarding the timing and conditions of reducing asset purchases, Powell said that the decision is not imminent. The Federal Open Market Committee stated that it needs to make “substantial further progress” in terms of full employment and price stability goals compared to December last year in order to promote this move.

In his prepared speech, the Fed Chairman said: “Although there is still a long way to go to reach the standard of’substantial further progress’, participants expect that progress will continue.” “We will be in the next meeting. Continue these discussions. As we said, we will give advance notice before announcing any changes to the procurement decision.”