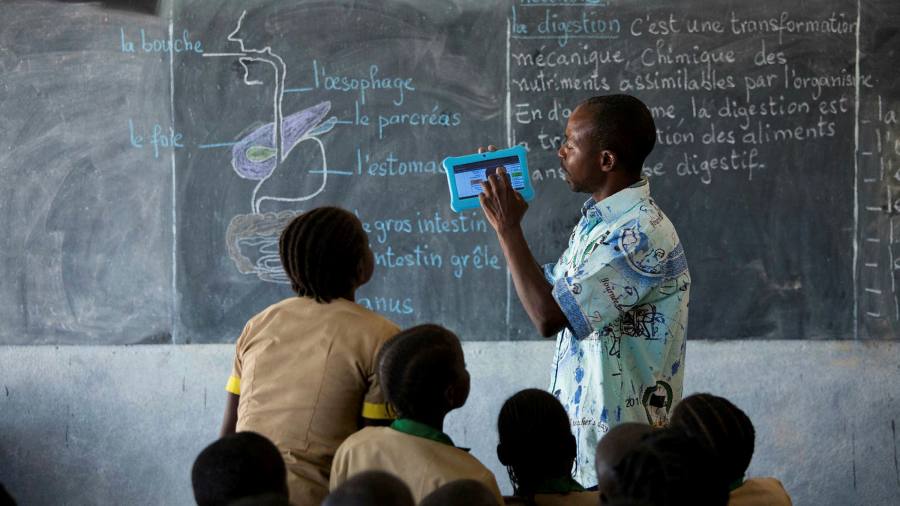 How to build a better, fairer, greener and safer world for children


This century is the first century in which a major threat is caused by one species: humans. Although our increasingly powerful technologies can bring huge benefits, they can cause catastrophic setbacks if they are misused.

However, science, technology and innovation are also crucial to solving our most pressing challenges: climate change; Global and Intergenerational Inequality; with Food supply, Nutrition and medical care to promote the growing Aging population.

Today’s children are likely to see the end of the 21st century. But what they and their children’s lives will look like depends on the decisions we make today—especially this year, because the United Kingdom hosts the G7, the Global Education Summit and the COP26 climate conference.

Our leaders must consider the application of science with a long-term perspective that politicians often cannot. Young people are fighting for a better future. Scientists should join them. Politicians should listen, not continue to downplay the long-term and global.

We are facing a large number of emerging threats, including climate change [and] Epidemic. .. But we did not prioritize countermeasures because their worst impact is beyond the time frame of political decision-making

We are facing a large number of emerging threats, including climate change, global pandemics and large-scale cyber attacks. But we did not prioritize countermeasures, because their worst impact is beyond the time frame of political and investment decisions. I worry that we are destined to be bumpy all the way in this century. Covid-19 must sound an alarm bell and remind us — and our government — how vulnerable we are.

World population is Expected to increase to about 9 billion By 2050. Food production keeps pace. Famines still occur, but they are due to conflict or uneven distribution, rather than overall shortages. To feed 9 billion people in 2050, further improvements in agriculture and diet innovation are needed-such as eating artificial meat instead of real beef.

But the most worrying is geopolitical pressure, inequality between and within countries. People in poor countries now know what they lack. And migration is easier. This is a sign of dissatisfaction and instability. Wealthy countries should urgently promote Africa’s “Large Marshall Plan”—not just for altruistic reasons.

If the collective impact of humans on land use and climate is too great, the resulting “ecological shock” may irreversibly impoverish our biosphere. As EO Wilson, an ecologist at Harvard University, put it, “mass extinction is the last sin that future generations will not forgive us.” “Sustainable intensification” agriculture must become a goal.

As a result, the world has become more and more crowded-and warmer. In fact, we cannot rule out truly catastrophic warming. Climate change is a “global fever” similar to the slow-motion version of Covid-19. This is why accelerating research and development to achieve carbon-free energy production, cheap storage and efficient distribution is a global priority.

The faster these “clean” technologies develop, the easier they are to be borne by low- and middle-income countries, because wood-burning smoking stoves endanger the health of the poor.

It is difficult to envision more inspiring goals for young scientists than ensuring a sustainable food and energy supply.

Driven by advances in machine learning, will the forthcoming “second machine age” create as much work as it destroys?

What we can be sure of is The world of work will change For the next generation. We need to make sure that they have the skills needed in this new world. In this case, a fair society will require massive redistribution to ensure that everyone has at least a living wage. This should be achieved by creating and upgrading public service jobs where the human factor is critical, especially work that takes care of the young and the elderly.

In my own special space field, there is a lot of room for improvement. But compared with transforming Mars, tackling climate change is a piece of cake. There is no planet B. We must cherish our home on earth.

Young people are more engaged and anxious about long-term and global issues, and their radicalism provides a basis for hope. There are no scientific obstacles in a sustainable world. We live in the shadow of new risks, but these risks can be minimized by responsible innovation and refocusing the world’s technological efforts.

There is no planet B.We must cherish our home earth

We can be technological optimists. However, tricky politics has triggered pessimism. Potential shortages of food, water and natural resources and the threat of transition to low-carbon energy cannot be solved by each country alone. Politicians will not prioritize the long-term global measures needed to benefit people in remote parts of the world in the coming decades, and address threats to climate and biodiversity, unless their inboxes put these high on the agenda. Unless voters call publicly, politicians will not prioritize these measures. Scientists must strengthen this clamor.

The passengers on the “Earth Spaceship” were restless. Their life support system is very fragile. But there is too little horizontal scanning. We need globalization, rationality, and long-term thinking-driven by 21st century technology, but guided by values. We need to do all of this now-the 2021 summit provides a unique opportunity for the UK.

Global British can help mobilize the international community to build a new vision of a safer, sustainable, just and fair society around using the energy of science and young people.

This pandemic is a powerful reminder that we are all interconnected and can use science to achieve global goals. We can make the 21st century very different and better. Let’s start now!

Lord Martin Reese is a British Royal Astronomer. He is the former chairman of the Royal Society and a master’s degree from Trinity College, Cambridge University. He is the co-founder of the Cambridge Existential Risk Research Center.

Read his full text on the UNICEF website, Here