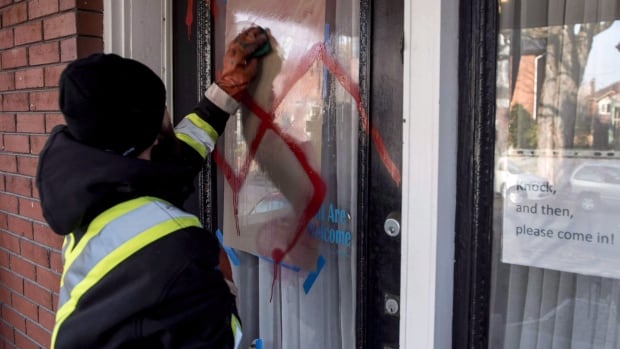 
An international working group called on governments to adopt a clear definition of anti-Semitism and push social media giants to be more transparent about how to remove hateful content-but did not say that these companies should be fined for improper regulation of the platform.

The organization’s interim report acknowledges that many experts and civil society organizations with whom it has spoken are looking for more.

In September 2020, an inter-parliamentary task force was established to combat online anti-Semitism, aiming to cross-promote the policies of different countries against online hate speech.

Imran Ahmed, the founding CEO of the Center for Combating Digital Hatred, was one of the experts who spoke to the working group. The report stated that he called for “government pressure or legislation that affects the’bottom line’ of the platform as a key way to ensure changes in the online space.”

The working group also talked with Jeff Orlovsky, the producer behind the popular Netflix documentary “Social Dilemma.” The report stated that Orlovsky “described the economic incentives that social media companies must keep you engaged for as long as possible,” and warned that “without regulation, platforms have no incentive to restrict content.”

“We are aware that these steps will be incremental,” said B’nai Brith Canada’s Director of Government Relations, Brian Herman, which is also a Jewish advocacy organization and also spoke with the task force. His organization hopes that the working group calls for international cooperation in combating online anti-Semitism, and through legislative power to force social media platforms to crack down.

“In general, we value the road map of the Inter-Parliamentary Working Group,” Herman said.

Anti-Semitism memes spread to violence in the real world

In May, during the recent conflict between Israel and Hamas, B’nai Brith warned that online anti-Semitism memes are inspiring real-world violence and that its “anti-hate hotline is ringing in harassment, violence, and online bullying. Report.”

Tiphaera Ziner-Cohen, a law student at the University of Windsor, a modern Orthodox Jew, told CBC News that she had experienced hatred both online and in the real world.

She said that in May this year, she and her brother visited downtown Toronto during the pro-Palestinian protests. She said a group of protesters identified the couple as Jewish and started chasing them.

She said: “After they hit my brother, they caught me and threw me on the ground. Someone straddled me and started hitting me in the face.”

The federal government announces new legislation Solved the online hatred issue last month And adopted a clear definition of anti-Semitism based on the definition drafted by the committee International Holocaust Memorial League, In accordance with the recommendations of the working group.

Ottawa’s new legislation does not include the power to impose fines on social media platforms, although the government has stated that there will be separate legislation to regulate platforms such as Twitter and Facebook.

Canada will also hold an anti-Semitism summit next week.