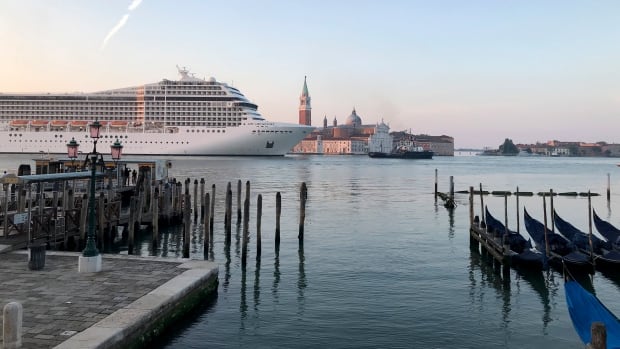 
Declaring the waterways of Venice a “national monument”, Italy has banned mammoth cruise ships from entering the lagoon city, which may be declared an endangered World Heritage Site by the United Nations later this month.

Italy’s Minister of Culture, Dario Franceschini, stated that the ban was urgently passed at a cabinet meeting on Tuesday and will take effect on August 1. It applies to the lagoon basin near St. Mark’s Square and the Giudecca Canal, Venice’s main marine artery.

The cabinet decree also “established an unbreakable principle, declaring the urban waterways of the Saint Mark Basin, the Saint Mark Canal and the Giudecca Canal as national monuments,” the minister added.

For decades, environmentalists and cultural heritage have been fighting commercial interests because the cruise industry is the city’s main source of income.

Franceschini told reporters that the government’s decision “has been waited for by UNESCO and all those who have been to Venice, who are disturbed by these huge ships passing through the most fragile and beautiful places in the world”.

Earlier this year, the Italian government decided to implement the ban, but did not set a start date.

But now, in view of the upcoming review by UNESCO, the government “decided to vigorously accelerate” the implementation of this initiative, Franceschini said in a statement.

Another impetus was the surprising appearance of an 83,000-ton cruise ship in early June. This was the first time sailing along the Giudecca Canal since the pandemic in early 2020, which effectively suspended Mass tourism in Venice.

The ban applies to ships weighing more than 22,600 tons or more than 180 meters in length, or with other characteristics, which will cause serious pollution or unbearable pollution to the environment of Venice.

The office of Italian Prime Minister Mario Draghi pointed out that ships that do not possess any of these characteristics and are therefore “considered sustainable” to the Venetian environment can continue to dock in Venice.

The Prime Minister’s Office pointed out that compared to the thousands of people carried by large cruise ships, approved ships can usually carry about 200 passengers.

With only a few hours of landing time in Venice, passengers of large liners tend to gather around classic tourist attractions such as St. Mark’s Square, adding to the already crowded public space of the city.

Cars are not allowed in the historic city of Venice, which is made up of narrow alleys and many bridges connecting passages. During the peak tourist season in Venice, which occupies a lot of time throughout the year, navigation as a pedestrian is a daunting challenge.

The Cabinet Decree also established a compensation mechanism for navigation companies and others affected by the ban.

Before establishing more suitable docking areas elsewhere in the waters outside the center of Venice, the government has approved the establishment of at least four temporary docking points near the industrial port of Marghera in the northwestern Adriatic Sea.