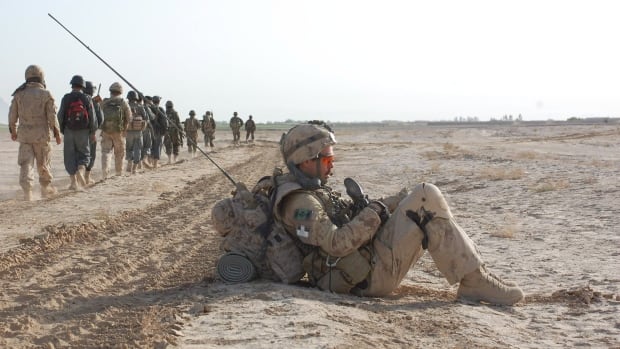 After Panjwaii fell into the Taliban, the Chief of Defense Staff told the soldiers to “stride with their heads high”


Senior Canadian soldiers have written to active and retired soldiers expressing support and reflection after the fall of Panjwaii-an area in Afghanistan where many Canadians fought and died.

“Many of us have been watching reports from Afghanistan in frustration,” the Lieutenant General. Wayne Al, acting chief of staff of the Department of Defense, said in an open letter posted online.

“The downfall of Panjwaii reported last week has dealt a particularly serious blow to many of us. When we question our heritage, it heralds all Canadians serving in the country, no matter when and where.”

The city of Kandahar and its surrounding areas are the spiritual home, birthplace and first power center of the Taliban, from which they projected their cruel version of Islam in the 1990s.

Al said in the letter that the names of places such as Masumgar and Mushan have been engraved in the memory of Canadians who served there.

He wrote: “The heat, the dust, the grape rows and the poppy fields all provide the background for the things that really trouble us-our dedicated effort, sweat and most importantly blood.”

Al said that this loss of life not only affected the soldiers, but also affected the families of service members.

“Many of us have been asking for years,’Is it worth it?’ The answer will be very personal. Not everyone has reached the final conclusion. Time will tell everything,” he said.

Al went on to say that soldiers serving in Afghanistan’s Kandahar province “know that we have done everything the government requires us to do, and they can walk with their heads high”.

“The solution will never be a military solution. We give the Afghan people and government time,” he wrote. “How to deal with this period is their own decision.”

Al acknowledged the “pain and doubt” that many Canadians serving in Afghanistan now feel, and urged them not to succumb to “pain and regret.”