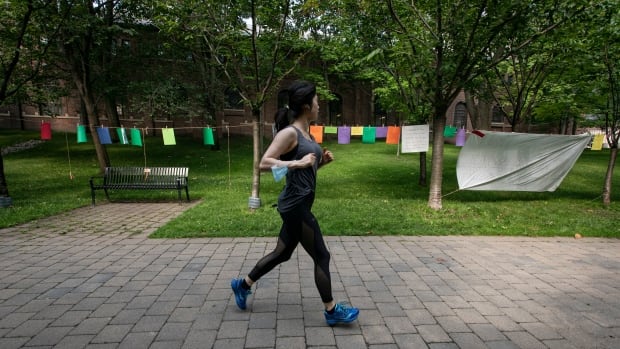 The University of Toronto’s music program fosters a culture of sexual harassment and fear, students and teachers claim


Students, faculty, and alumni are asking the University of Toronto to address what they call the toxic culture within the Conservatory, which allows sexual harassment and other inappropriate behavior to remain uncontrolled.

In an open letter published online, people related to the school also stated that these issues include harassment, racism, discrimination and censorship, and many people have not dared to speak up until now.

At the end of last month, a group of students set up a “clothes line” device on campus to dry the school’s “dirty clothes”. The information was hung on colored paper, including the experience of sexual harassment in the conservatory.

Faculty, staff, students and labor unions have written to the school administration several times expressing concerns about the way they handle complaints.

“We absolutely need to change…because this has been going on for decades. Enough,” said Ness Wong, president of the Music School Undergraduates Association (FMUA).

“To make such a high level of change at the institutional level, we need to work together.”

Students, teachers, lecturers, and alumni interviewed by CBC News described an environment in which predators were protected, the complaint process harmed victims, and systemic misconduct was unresolved. They say power dynamics lead to fear of shouting or being censored. The open letter was sent after allegations of sexual harassment were exposed on social media in the spring.

These allegations have not been confirmed.

In a statement, a spokesperson for the University of Toronto said that the university is working with the School of Music to resolve these issues. Although the university did not directly respond to the claims about protecting the perpetrators, it stated that it was unable to discuss specific details due to privacy obligations and the nature of some of the allegations.

The letter details dozens of allegations of sexual harassment

FMUA first circulated an open letter in May calling on the Conservatory of Music to address “historical and persistent misogyny and systemic inequality, which have once again been exposed.”

Wong said the letter now has nearly 1,000 signatures, including more than 50 stories about sexual assault or harassment in music schools — some are current, some date back to the 1970s.

“It’s painful to read these stories. It’s horrible,” she told CBC News. “You hope it will never happen. But you are not surprised, because this has been a problem for many years.”

Other signatories outlined examples of racism, bullying, and other misconduct, and how these experiences have affected their personal and professional lives and learning.

The letter stated that it initially asked the university to:

The dean of the faculty and staff at the time responded in his own letter that the administration agreed that action was needed to ensure the safety of students and faculty.

“The institutional culture detailed in the letter is painfully toxic and needs to be changed immediately and permanently,” Don McLean wrote on May 27. “It is clear that we have failed to ensure the safety of our community. The truth of personal pain, and others who have not yet registered their voices, are deeply shocked and disturbed.”

McLean also responded to four FMUA requests and made some commitments, including the creation of a group that will conduct extensive consultations during the summer.

Vanessa Ng, FMUA’s vice president of communications, has just completed her second year of music education. She said that it would not be safe for her to return to campus in September if no more action is taken.

“All this is deeply buried in culture and system,” she said.

Danielle Sum, a master student who signed the letter, said that if the culture does not change, she will not recommend the course to future students.

“I’m a little sad to see the school’s reputation damaged. But at the same time, I’m very happy to see some issues exposed,” she said in an interview.

“Music culture has been dealing with this problem”

At the end of June, the three unions wrote a letter to the University of Toronto administration, demanding that the cultural issues within the faculty and staff be resolved, saying that many members said they felt unsafe.

Amy Conwell, the chairman of CUPE Local 3902, representing more than 360 members of the Conservatory of Music, said that members faced legal threats from an alleged perpetrator when they commented on a post supporting a woman. Women shared allegations of sexual harassment on social media. media.

CBC News interviewed three people, and each of them received a similar letter from his lawyer. This letter was first sent to the University of Toronto’s Deputy Provost, Faculty and Academic Life Office. It requires universities to ask teachers to delete comments and claim that they violated university policies.

The letter said: “She has no right to participate in the student’s public allegations (unverified and false) against another faculty member on Facebook.” “These comments are harassment, uncivilized, defamatory, and are not consistent with their conduct at the University of Toronto and The entire university position.”

Cornwell said the Labor Relations Department of the University of Toronto has sent letters to the union and forwarded to its members. CUPE 3902 later filed an appeal. She said the university did not require the teachers who received the letter to delete their comments from the post.

“Not only can survivors be suppressed, but the idea that only those who stand with survivors will be actively suppressed by colleges and music authorities is really unacceptable,” Cornwell said.

The University of Toronto said it was unable to comment on specific allegations or complaint procedures due to privacy reasons.

“As mentioned earlier, the university has strong policies and procedures against sexual violence and harassment. This is a highly sensitive topic for many in our community, and we are subject to legal restrictions on what we can disclose. “The university said in a statement.

Although some people lodged complaints and allegations, FMUA stated that others were too scared.

“The whole music culture has been dealing with this problem all the time,” Wu said. “Your reputation is really important. If you say bad things about someone, then no one will call you to perform, or no one will want to book you.”

The university stated that the school is “very concerned” about the safety of students, faculty and staff, and a safe and warm environment is its top priority.

It said that the Sexual Violence Prevention and Support Center and the University’s Anti-Racism and Cultural Diversity Office are closely involved in its work to solve problems within the Conservatory.

Call for changes to the “complex” complaint process

Course instructor Tara Kannangara, one of two female faculty of color on the University of Toronto Jazz team, co-authored an open letter outlining her experience of racism and the complaints she made Processing method.

Kannangara said that when she reported a verbal attack after addressing racial and discrimination issues at a faculty meeting in May, she felt that the process was insufficient or helpful.

“It is hard for your mind and body to accept any kind of responsibility over and over again and having to repeat this story.”

She said that students often come to tutors for guidance, and she cannot ethically advise them to complete the reporting process because she does not trust the system.

CUPE 3902 requires universities to change the way they handle complaints, including ensuring that there is a clear and mutually agreed timetable for investigations and the protection of survivors and whistleblowers.

“The university has developed strong policies and procedures to address concerns about sexual harassment and violence, and to provide support to those affected. There is also a set of policies and guidelines to resolve complaints of harassment and discrimination,” the UT statement said.

The university stated that there has been a planned leadership change recently, and the new Dean of the School of Music, Ellie Hisama, has begun consultations and will talk publicly about what will happen next in the coming weeks.

FMUA stated that the new dean brought optimism and pointed out that everyone—from administrators to students—must be willing to work together to achieve institutional change.