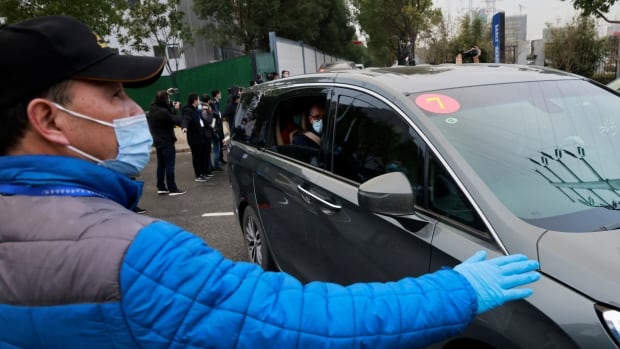 Comments found that when COVID hits, Canada’s pandemic warning system was understaffed and not ready


An independent team found that when the COVID-19 pandemic hit, an important position in the Public Health Agency of Canada (PHAC) was vacant and the country’s pandemic warning system was understaffed.

The final report on what went wrong at that critical moment was released today on the Global Public Health Information Network (GPHIN), a multilingual surveillance system that searches for infectious disease reports on the Internet.

The Minister of Health Patty Hajdu ordered an independent review in response to some scientists within the government claiming their early warning Senior PHAC staff ignored or did not adequately address the threat of COVID-19.

According to the report, the Internet-based GPHIN monitoring system has undergone key personnel replacements, and the network has never regained positions cut during the deficit reduction action plan of the former Conservative government.

The findings are based on a preliminary report released in March, which found that GPHIN lacked a system for issuing public health alerts.

Did not explain the changes to the pandemic alert system

The early warning system issued a daily internal report on December 31, 2019, but did not issue a more important alert regarding the emergence of COVID-19 in Wuhan, China.

In 2019, the authority to issue alerts was taken away from the GPHIN team and granted to the vice president of the agency. The team pointed out in its mid-term assessment that it did not provide any explanation for the changes in the alerting system.

The question of who ordered this major policy change has never been answered.

“The team did not see any documents that could be considered as formal instructions to change the alert approval process,” the final report said.

“However, we have reviewed the emails exchanged between GPHIN analysts and managers in early April 2019, which mentioned pending changes and discussed how to implement them.”

It is not clear why the independent review never explained the lack of evidence about the policy change, whether the record exists or whether it has been concealed.

The auditor reported that in 2019, the federal government ordered this once world-class intelligence network to focus more on domestic surveillance than on the international epidemic.

Since the decision to transfer the authority to issue alarms from GPHIN to the vice president of the agency is the focus of both parties The independent team’s report stated that after the Globe and Mail’s investigation and the Auditor General’s criticism, a clear agreement had been issued and the authority to make decisions on the alert had been delegated back to an “appropriate level.”

But “the corrosive impact of this decision and how it was implemented is still obvious,” the report added.

The panel’s closest explanation for this decision was the observation that the senior leaders overseeing GPHIN—mainly people with no public health background—worried about optics.

The report said: “The team has heard on many occasions that some senior leaders are worried that the alert will be interpreted as the official position of the Canadian government on international events, or that some alerts may be premature or unnecessary.”

“These are issues worthy of attention. However, viewed in isolation, this confusion should not be a prerequisite for PHAC to change its international surveillance methods.”

The group made a number of recommendations to improve GPHIN-including calls for clearer tasks, better technology, and more collaboration with private-sector partners that control complex health monitoring systems.

Pandemic monitoring is “the basic responsibility of the government”

The group stated that despite the temptation to “outsource” the network, epidemic surveillance must be a core government function.

“The expert group believes that public health monitoring is a basic government responsibility, especially PHAC must retain the ability to collect and use all types of monitoring data to protect the health of Canadians. Therefore, we believe that GPHIN should not be completely outsourced,” the report said. .

CBC News reported in late spring that PHAC had shaken its internal departments and formed a security and intelligence department to provide better and faster warnings for future epidemics.

Government sources familiar with the document said that the pandemic has caused an influx of new personnel and resources, so it is necessary to modify the organizational structure of PHAC.

CBC News did not disclose the source of the confidential information because they were not authorized to speak publicly.

CBC News sent a series of detailed questions to PHAC at the time. Although officials confirmed the reorganization, they declined to provide detailed information on how to organize the security and intelligence team and whether to include GPHIN.