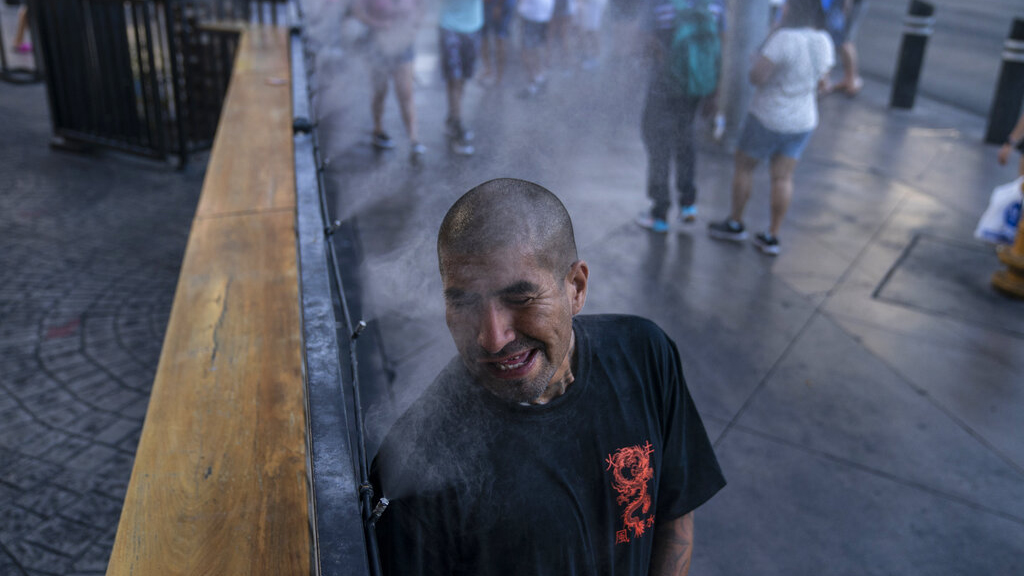 According to the National Weather Service in Las Vegas, at 5:12 pm on July 10, the temperature in Sin City hit a record high when McCarran International Airport recorded a temperature of 117 degrees.