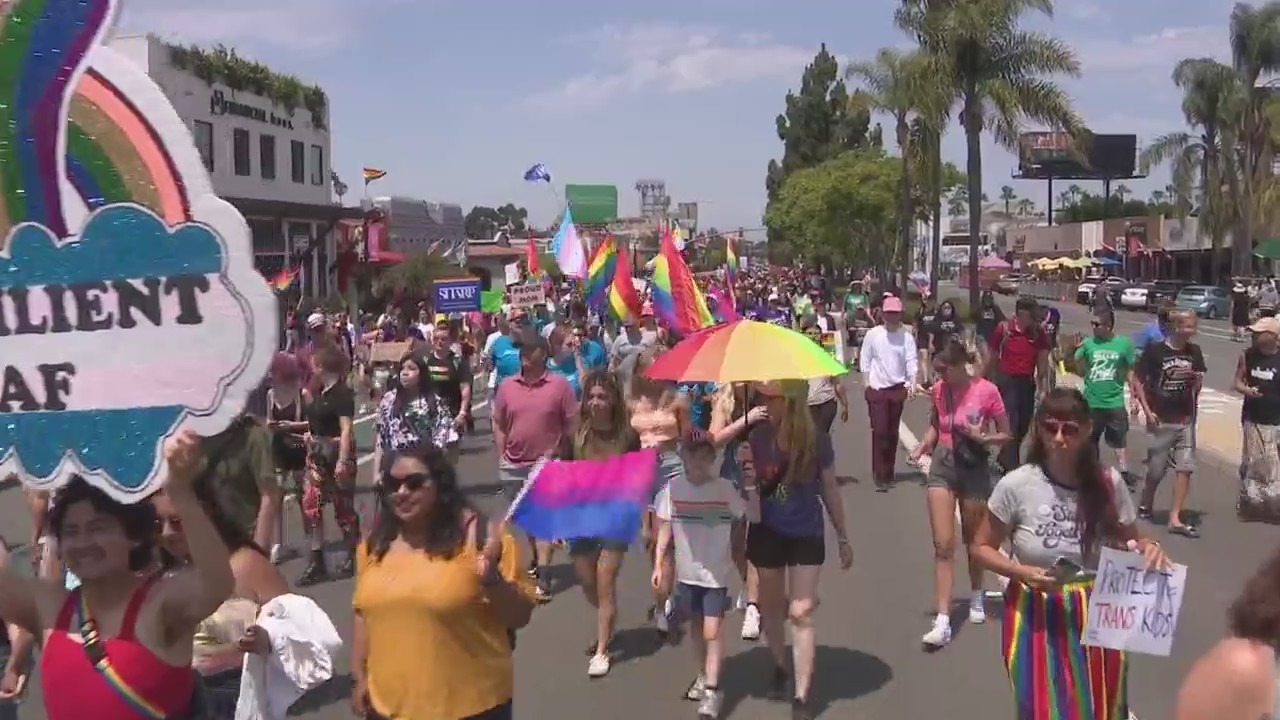 San Diego-Members and supporters of the LGBTQ community took to the streets on Sunday to participate in the San Diego Pride Resilient Community Parade. The focus of the march is to call for equality and support local LGBTQ businesses.

Kalee Garland said: “It’s great to be reunited with people and have friendship and happiness.”

“People used to tell us to take a panacea to change, no, I can’t change it in my life,” Bob Gordon said.

Members and supporters of the LGBTQ community are happy to celebrate pride together again in San Diego and reflect on the progress that has been made, including same-sex marriage in the United States

Gordon said of his husband: “As a Navy veteran, he is not allowed to have anything in my life. It is amazing to legalize it financially, but it is meaningless compared to love. ”

But supporters say that more needs to be done for equality.

“COVID-19 has had a disproportionate impact on the LGBTQ community, so I came here to celebrate, protest, and call for the passage of the Equality Act,” said Fernando López, executive director of San Diego Pride.

López said the parade also focused on bringing people back to Hillcrest from Balboa Park, hoping that people would support LGBTQ businesses immediately after the parade.

“In a typical year, the economic impact of the San Diego Pride Festival on the city was US$27 million, so for these companies, Pride Weeks and weekends are a way for them to raise a lot of money to maintain the development of these companies, so there was no such thing last year. We want to see what we can do to support,” Lopez said.

Eriel Carino from insideOUT said it feels good to have their support.

Carino said: “It feels great to let them out, of course, we got a little bit of prosperity in the restaurant.”