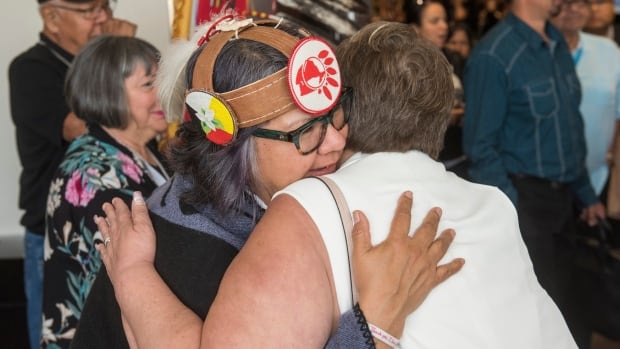 
Just days after reports of allegations of bullying and harassment against Chief RoseAnne Archibald were leaked – and hours after she was elected as the new president of the National Assembly of Indigenous Peoples – Archibald Boulder said today that she will support the implementation of the whistleblowing policy at AFN.

“I have always been a victim of harassment in the workplace, and I know how it feels,” she said at a news conference in the morning.

“For a long time, organizations like AFN have allowed this behavior to continue, and we need to change it, and I am committed to bringing this change.”

On Wednesday morning, an internal AFN report investigated Archibald’s allegations of harassment and bullying, and the report has been shared with CBC. The report did not provide details of the allegations.

The report, dated May 3, 2021, was drafted by an independent investigator hired by AFN to investigate informal complaints from employees.

According to the report, investigator Bryna Hatt (Bryna Hatt) spoke with seven complainants who refused to file a formal complaint because they were afraid of retaliation in the workplace.

Archibald, the former head of the Ontario region, won the competition to replace Perry Bellegarde as the national head of AFN last night. The report referred to her as the “respondent,” but Hart did not interview Archibald.

Archibald said today that she could not “comment on the classified report.”

She also did not promise to conduct a financial audit of AFN-this was promoted by her as the head of Ontario.

According to the report, “potential complainants” worry that if they make their complaints public, they will be identified and attacked on social media.

“The most consistent concern raised by potential complainants is that they believe that AFN cannot protect them from or prevent (or any) regional leaders from retaliatory actions, comments or actions,” the report reads.

The report stated that when Archibald learned of the investigation, she issued an open letter dated February 22, 2021.

Archibald wrote in the letter: “I know very well that I am still AFN’s goal due to the advancement of the Chief Operating Officer (Ontario Governor)’s resolution to seek an independent financial review of AFN.” “AFN’s hostile environment Has a negative impact on my ability to feel safe while working on the AFN Executive Committee…

“… Instead, what happened was an attempt to slander, humiliate, humiliate and dehumanize me. I decided that I would not participate in this attempt to put aside the concerns of the Chief of Ontario. The concerns raised by the chief operating officer revolved around AFN’s financial violations are serious and legitimate issues that should be resolved in a fast and transparent manner.”

Hart said she could not confirm whether the person who filed the complaint against Archibald has been or will be affected by it. She said the complainants really believed that there would be consequences if they filed a formal complaint.

Part of the report mentioned concerns about intervention in the investigation.

According to the report, Hart “adopted the [Archibald’s] Legal Counsel to Janice Ciavaglia”-CEO of AFN -” [Ciavaglia] Someone asked if she was a witness or complainant. “

“These issues were raised publicly and directly at a meeting,” the report continued. “Furthermore, the AFN CEO was subsequently asked to confirm in writing [Archibald’s] Legal counsel, she is not a witness or complainant.

“in order to [Archibald] Or an authoritative person (such as any regional leader) requires or requires employees to confirm whether they are witnesses or whether the complainant violated the employee’s privacy, workplace policies, and affected the integrity of the investigation. “

Hart’s report quoted a complainant as saying that if “this could happen to the CEO, I cannot be protected”.