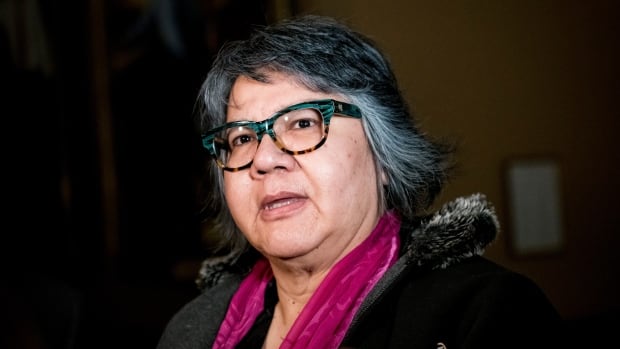 New head of state calls for compensation for indigenous people

RoseAnne Archibald said at a virtual press conference one day after he was elected as the President of the First Nations Congress that settler colonialism has had a terrible impact on Canada’s Aboriginal people-this impact has continued to this day and needs to be corrected.

“Compensation is an important part of the journey of reconciliation,” Archibald said. “Due to colonization, our community has been negatively affected for a long time.”

Archibald is answering questions from the media about a report released by Patrick Brazeau, the Aboriginal Senator of Zibi Anishinabeg, Kittigan, Quebec last week, that examines the history of the relationship between the federal government and indigenous peoples.

In the subsequent interview Online news site political, Blazer said that his report emphasized the history of “distrust” and “band-aid solutions” for indigenous people’s problems, and that reconciliation must include a “compensation process.”

Watch: Archibald says she plans to focus on reconciliation

RoseAnne Archibald, the new president of the National Assembly of Indigenous Peoples, stated that her 100-day plan includes focusing on working with the federal government to achieve reconciliation. 1:38

The federal government has established many mechanisms to compensate indigenous people who have suffered certain forms of discrimination or abuse.

The 2007 Indian Boarding School Settlement Agreement established a “common experience payment” for all students enrolled in government-recognized institutions, and an “independent evaluation procedure” for those who have suffered sexual and physical abuse.

To date, these funds have paid more than $4.8 billion to boarding school survivors.

A separate national class action lawsuit filed to compensate the survivors of the federally-run Indian day school eventually reached a settlement with the federal government. Based on the abuse suffered during school, the settlement provided $10,000 to $200,000 in compensation to former students.

After a difficult and long election, the Canadian Indigenous Peoples Congress elected the first female head of state, RoseAnne Archibald. 2:01

A class action settlement agreement signed with Sixties Scoop survivors in November 2017 allocated US$750 million to compensate Aboriginal and Inuit children who were moved out of their homes and placed in non-Aboriginal foster care from 1951 to 1991. The adoptive parents have lost their cultural identity as a result.

Archibald said that compensation for the indigenous people must extend beyond these existing settlements.

“This is just compensation,” Archibald said. “We need to compensate not only individuals, but also communities and the country.”

Although Archibald did not specify the exact form that such compensation should take, indigenous people often argue that it should go beyond money, including returning control of the land taken from them.