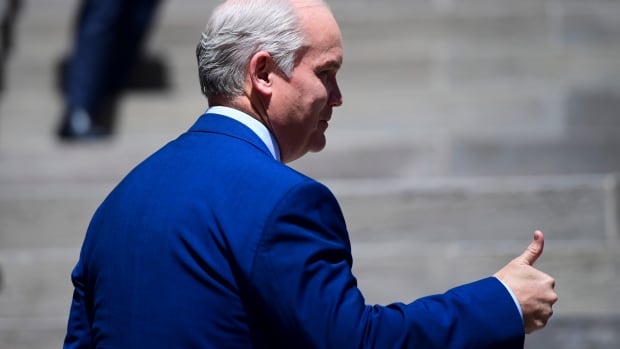 
Conservative party leader Erin O’Toole said his party will revise the country’s fiscal stabilization plan, which he called “the first step to ending the abuse of people in western Canada”.

O’Toole, who visited Calgary on Thursday, said in a press release: “Even though Alberta’s economy suffers from a significant reduction in resource income, Albertans continue to pay more than they deserve to support the Other parts of the country.”

“This is why the Conservative government has taken the establishment of a fiscal stability plan as the first step to ensure that people in Western Canada are treated equally in our Commonwealth.”

The Conservative Party’s plans include:

According to the Conservative Party, the proposal will provide Alberta with a $4 billion rebate.

The fiscal stabilization plan is designed to support provincial finances in the event of a sudden drop in income.

This issue has been the source of complaints by the current Alberta government, which believes that the formula needs to be reviewed. It said that with the collapse of oil prices and the government’s bottom line, the province lost billions of dollars in revenue.

The recent reforms proposed by the ruling Liberal Party failed to satisfy the province.

Fiscal stability is one of the factors that led Alberta to set up a “fair trade” group, which advises everything from the establishment of the province’s own police force and pension fund to the holding of a referendum on equal payments within the federal government.

The Conservative Party’s announcement in Calgary came one day after the Prime Minister came to town for a one-day political event and announced the final approval of a large-scale transportation project in the city.

The announcement and visit of the two federal leaders is expected to spark speculation about the imminent federal election.