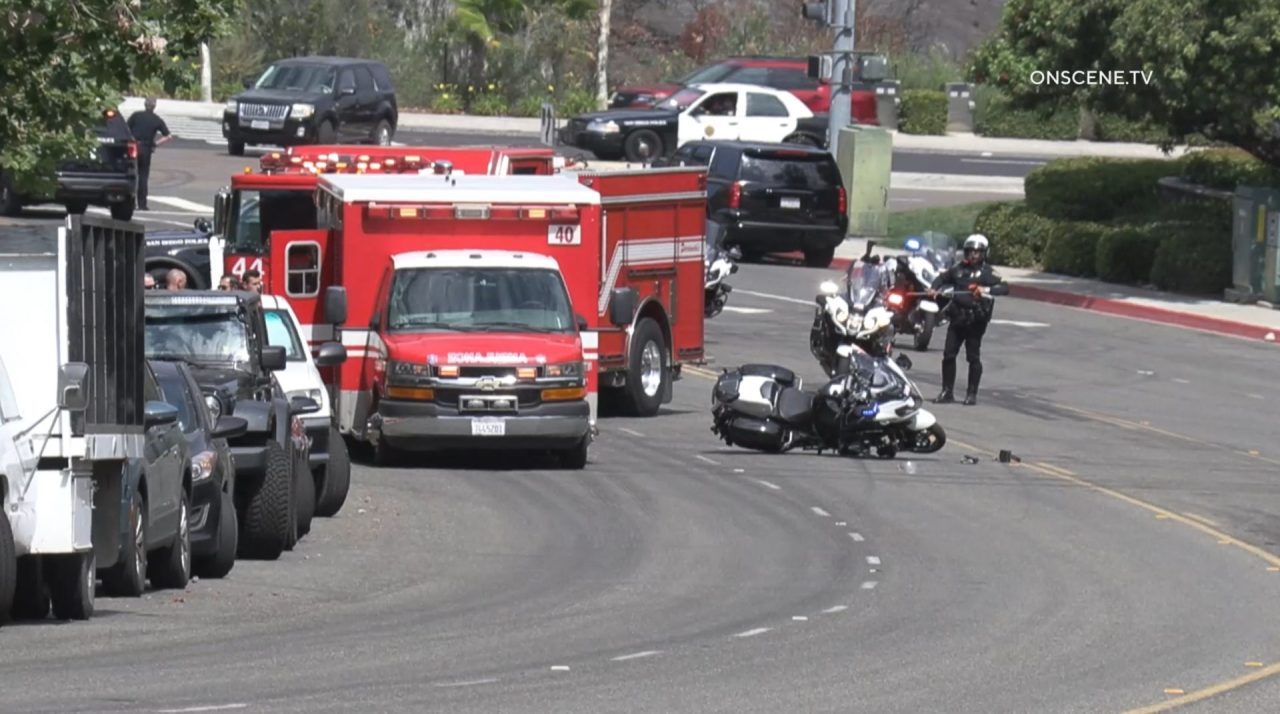 
Santiago (CNS)-Police said a San Diego police officer was injured on Thursday when a driver backed up and hit him while escaping from a traffic stop near the Mira Mesa intersection.

Shortly before 10:10 in the morning, the motorcycle police officer parked a black car near the intersection of Westview Parkway and Black Mountain Road for some reason. San Diego Police Lieutenant Andra Brown said in a department press release that the driver tried to avoid the police before stopping in the driveway.

According to Brown, at that time, the driver backed up and hit the motorcycle, and continued to push the bicycle backwards, the officer was pressed under it before taking off.

The car was described by the police as a black Chrysler with an Arizona license and fled the area northward from Black Mountain Road. Police said the driver was a Hispanic man with shaved or short hair, and there was a woman in the passenger seat at the time of the incident.