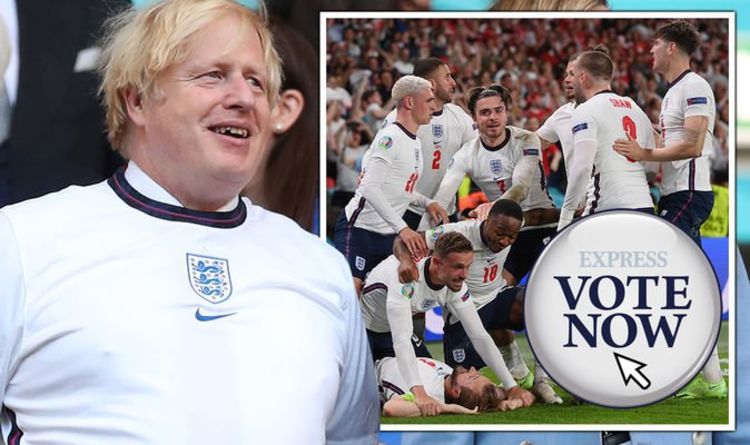 
Last night, the Three Lions won a place in a major tournament final for the first time in 55 years. Their success at Wembley means that England will now face Italy in the final on Sunday night, with a chance to win the first important trophy since 1966. Kick-off at 8pm, the England team benefited from the roaring home audience in the final at Wembley Stadium.

The fans called on the Prime Minister to announce a national holiday to commemorate England’s success last night.

He said: “We have never done this in our lifetime.

“We have gone through so much pain, so much depression and so much disappointment, and now we are going to the finals.

“In the next few days, these lads have to concentrate, but we don’t have to.

“This country is definitely rebounding. National Day, enjoy it.”

A formal parliamentary petition has also been launched, calling for a holiday on Monday, July 12 if England wins the euro.

The petition read: “If England wins, it would be beneficial and wise to let the country rest the next day in the form of an extra bank holiday on Monday.”

at: ‘Bitter’ Rejoiner’s call to support Denmark against England backfired

But this may not be impossible, because the Prime Minister has been enthusiastically supporting England in the past few weeks.

On Saturday, before the team’s quarter-finals against Ukraine, Mr. Johnson posted a photo of himself standing on the huge England flag outside Gate 10.

He stood in the center of the flag and gave two thumbs up.

The Prime Minister congratulated the players on their “excellent performance” last night and called on the team to “bring it home.”

After the victory last night, football experts and fans were ecstatic. Former England striker Gary Linekar said the victory “has been a long time.”

The main commentator added: “It finally happened. I doubt if I will see it again in my lifetime.”

He said on BBC Radio 5 Live: “They are absolutely together at the moment. I get goose bumps.”