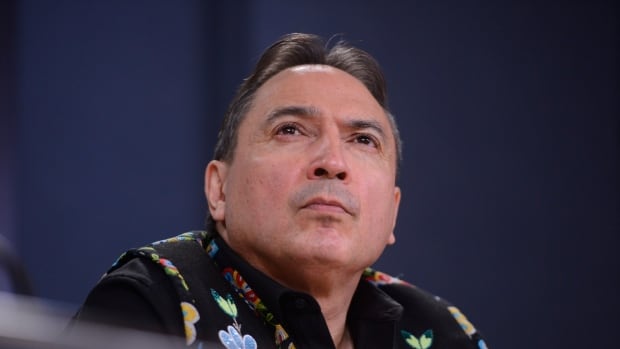 The Aboriginal Congress elects a new head of state this week


Aboriginal leaders from all over the country will hold a virtual meeting this week to elect the new president of the Aboriginal Congress.

The election is scheduled to take place on Wednesday during the 42nd AFN Annual General Meeting, and this year is actually hosted by the six nations of Grand River and Mississauga of Ontario’s Credit First Nation.

“As leaders, we have the responsibility to jointly open a path to a brighter future for our children and grandchildren,” the outgoing AFN president Perry Bellegarde said in a speech to delegates on Tuesday. .

“It is my greatest honor to be able to participate with everyone.”

Bellegarde is a member of Saskatchewan’s Little Black Bear Native. He was elected to this position for the first time in 2014 and announced in December that he would not seek re-election.

“He is very dependent on his culture, rituals and his language,” Mitchell said.

“It allowed us to participate in a lot of meetings because it strengthened our spirit.”

Only the chairman of the band council or his deputy is eligible to vote. To win, a candidate must get 60% of the vote.

Call for the postponement of the election

Most of the discussion on Tuesday was about a resolution aimed at postponing elections because chiefs and leaders expressed concerns about the fairness of online elections during the pandemic.

Khelsilem, an elected council member and spokesperson for S?wx?wu7mesh Úxwumixw in British Columbia, said: “We are in an unprecedented period. This epidemic is something we have never seen before as aborigines.”

“We expect to hold federal elections soon, but we are here today, and only a small number of AFN representatives are here and possibly here.”

AFN stated that it represents more than 900,000 people living in 634 aboriginal communities and towns across the country.

Approximately 164 chiefs and agents attended the virtual meeting on Tuesday. Khelsilem and other leaders mentioned concerns about Internet access, the wildfire crisis in British Columbia, and the ongoing trauma that many Aboriginals across the country are dealing with after unmarked remains at the site of a former boarding school.

Those attending the meeting voted 62% in favor of proceeding with the election as planned.

“We have too many issues to deal with. We are in a crisis,” said Leroy Denny, head of Eskasoni First Nation in Nova Scotia.

“We need someone who can defend and speak for Parliament at the federal level and lobby for these issues. There are too many questions, and we need a leader.”