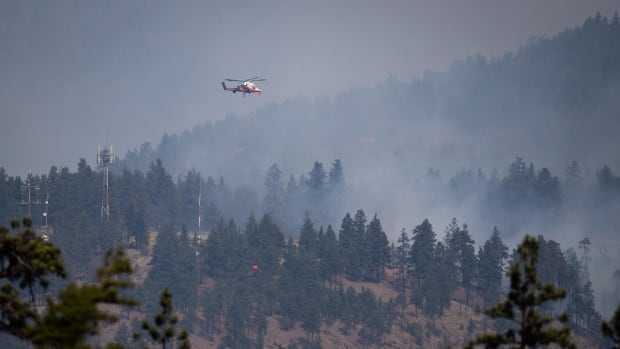 Poor air quality in parts of British Columbia, with more than 200 wildfires burning across the province


As more than 200 wildfires continue to burn over hundreds of square kilometers in the province, air quality warnings were maintained in several areas inland in southern BC on Tuesday.

Environment Canada stated that parts of the Okanagan Valley and Thompson-Nicola regions will be the most severely affected, and it is expected that these areas will be covered in haze in the next few days.

The fire risk in most parts of British Columbia is rated as high, and the Okanagan area is extremely risky.

The Wildfire Service said that as of Tuesday morning, there were 213 active wildfires burning in British Columbia, and at least 37 in the first two days.

Evacuation orders have been issued for five wildfires, including one near Litton, which covers an area of ??76 square kilometers, but did not increase significantly on Sunday or Monday.

The Thompson-Nicola district stated that they are planning to arrange a bus tour for the evacuees from the village to investigate the damage.

Debbie Sell of the emergency operations center in the area said that since entering the area is still too dangerous, no date has been set, but she said that once it is safe, everything is ready.

Evacuation centers have been set up across the province to help anyone evacuating from communities threatened by wildfires.To find the center closest to you, please visit Emergency Management in British Columbia website.