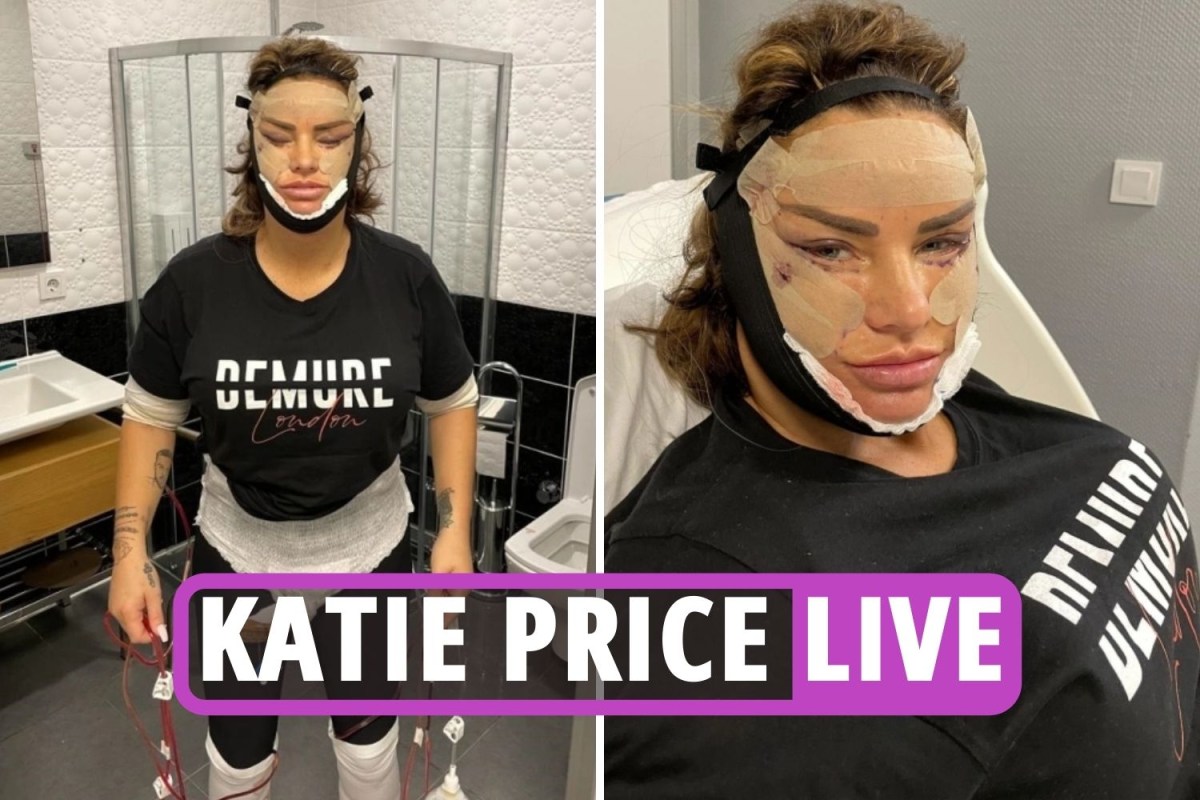 Katie Price hopes to undergo more operations in five years-although she is worried that she will die after fat, eye, chin and lip surgery in Turkey.

The 43-year-old man felt like “a piece of meat was chopped up” after being cut again.

When asked if this was her last operation, Katie told the Sun: “No, I will do it again… maybe in five to ten years.”

The 43-year-old TV star flew to Turkey for surgery three weeks ago and took her YouTube staff to film for fans.