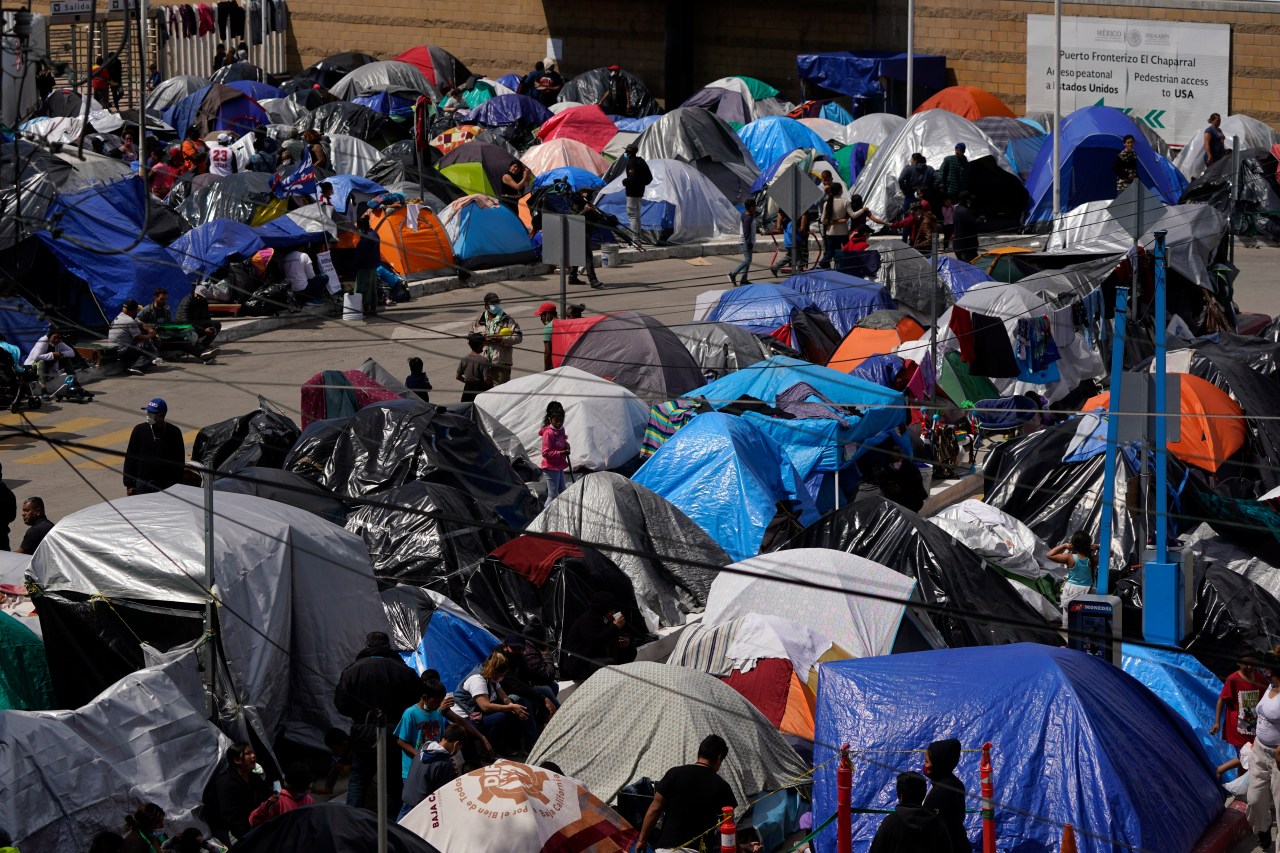 
Tijuana (Border report) — Baja California Governor Jaime Bonilla insisted that although immigrants continue to flow into cities like Tijuana every day, there is no immigration crisis at the border, a trend that became apparent last year.

Bonilla insists that this is an illusion, and it has been happening for many years.

“Here, especially in Tijuana, we receive up to 3,000 immigrants through different routes every day, which does not mean a crisis,” Bonilla said. “You can’t say that these are caravans, it’s just a group of people seeking to improve their lives.”

Bonilla went on to say that immigrants who have been living in the Tijuana campsite south of the San Isidro port of entry are expected to begin to evacuate the area in the near future. “We can’t force them, we just need to explain why they need to be mobilized.”

“We will reposition them, and we will make sure that everyone has paperwork to give them peace of mind,” Bonilla said. “We will continue to take hygiene measures to minimize the spread of COVID-19, chickenpox and other viruses.”

The relocation of immigrants will be handled by the City of Tijuana.

Last week, it leased a large facility that will turn into a shelter in the downtown area near the border.

The days of border immigration camps seem to be numbered

“I can’t tell exactly where it is moving and where the building is,” Bonilla said.

The governor insisted that migrants would not be forced to relocate, and he has communicated this to his family in the camp.

It is estimated that as many as 2,000 immigrants, including more than 500 children, mostly from Central America, have lived in the camp for nearly five months.

Bonilla said: “They feel that if we bring them to the warehouse, they think we will try to control them, and they are not far from crossing the border there.

Although news organizations on both sides of the border widely reported the news, including border reports, Bonilla said that reopening the border does not depend on the relocation of the camp.

Now, the tents of immigrants will obstruct the passage and flow of people in and out of a crosswalk at the San Ysidro port of entry.

Thanks to food and clothing donations from churches and charities, these immigrants have survived, and it has been reported that this support has declined in recent weeks.

They have also received support from the state of Baja California, which has set up a mobile medical clinic to provide medical, psychological and basic emergency care.

The city of Tijuana has also installed portable bathrooms and showers, but immigrants complain that these facilities are not enough and they are not cleaned frequently.