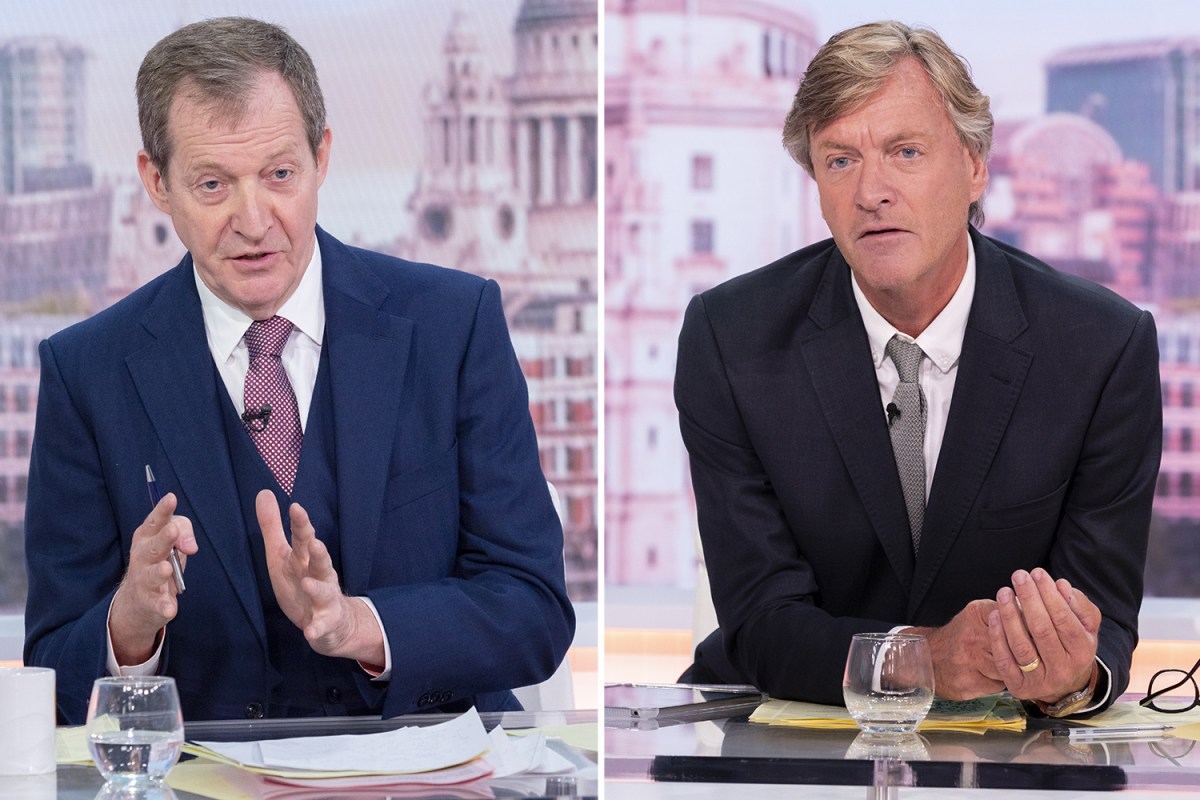 The 65-year-old Richard is in the hot spot of the breakfast show from Monday to Wednesday this week, and Alastair Fill it out on Thursday.

The 64-year-old Alastair seems to indicate that there is some friendly rivalry between the two, while Richard was on the air when he popularized his rivals on Twitter.

He wrote: “Can someone yell’Stop calling him Boris’ in Richard Madley’s ear?”

Alastair had previously reprimanded his co-host Susanna Reid for calling the prime minister by name.

The unmoved Susanna replied that she would “write down the rules,” and her co-host scoffed at this: “They are not rules, they are common sense-as Boris Johnson said!”

Susanna shot back: “Don’t you think it’s a bit… rude to address people by last name? I won’t call you Campbell.”

The shocked host exclaimed: “In his presence?!”

He added: “Watch about @gmb -It is difficult to get rid of the view that the government deliberately used the mask debate as the latest example in their “culture war” game.

“Besides, Johnson (please don’t Boris) is tired of Covid just like he is tired of Brexit.”

Embarrassingly, when Susanna later mentioned Alastair’s return to the show on Thursday, Richard praised him.

“I love Alastair, he is great.”