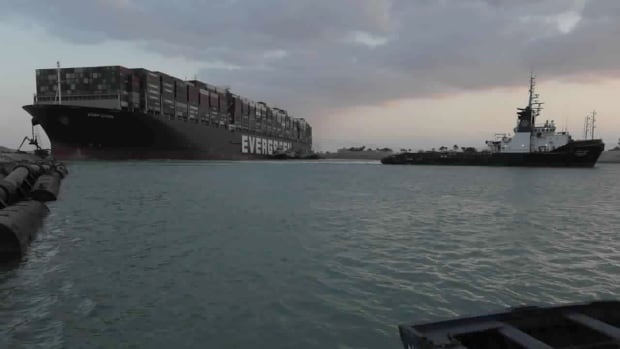 Ever Given, the ship trapped in the Suez Canal, was finally allowed to leave Egypt


An Egyptian court on Tuesday lifted the three-month judicial seizure of a heavy ship that blocked the Suez Canal for nearly a week earlier this year, paving the way for it to leave Egypt.

According to the ruling of the Ismailia City Court, Ever Given will be allowed to leave the canal on Wednesday.

A judicial official, who asked not to be named, said that earlier, the Suez Canal Authority notified the court that it had reached a settlement with Shoei Kisen Kaisha Ltd., the Japanese owner of Ever Give, over its financial dispute.

The ship ran aground in March, blocking critical waterways for six days. Since then it has been held due to financial compensation disputes.

The money will cover the cost of salvage operations, the stagnant canal traffic, and the loss of transportation costs during the week that Ever Given blocked the canal.

On March 23, the Ever Give hit the bank of the single-lane canal on the way to the port of Rotterdam in the Netherlands, which was located about 6 kilometers north of the south entrance, near the city of Suez.

Six days later, with the help of the tide, a tugboat fleet carried out a large-scale salvage work. The skyscraper-sized Panamanian flag vessel was rescued, ending the crisis and allowing hundreds of waiting ships to pass through the canal.

Since then, the ship has been parked in the big bitter lake of the canal, and the canal and the shipowner are negotiating to resolve it.

Watch | Hundreds of ships pile up behind a stuck container ship

Ships sit idle waiting to pass through one of the busiest trade routes in the world, which has been blocked by Ever Give since Tuesday. 0:39

The blockage of the canal has forced some ships to choose a long alternative route around the Cape of Good Hope at the southern tip of Africa, which requires additional fuel and other costs. Hundreds of other ships waited in place for the blockade to end.

The outage has raised concerns about supply shortages and rising consumer costs, adding to the pressure on the shipping industry, which is already under pressure from the coronavirus pandemic.