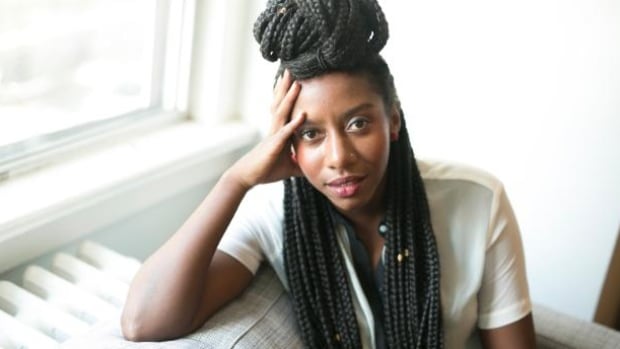 
The Hudson’s Bay Company apologized for using photos of black anti-racism advocates as one of the faces in fundraising campaigns for indigenous, black and people of color without asking her or the original photographer’s permission-also a human color.

Hadiya Roderique is an advocate of fairness, diversity, and inclusion. After a friend visited a department store in The Bay over the weekend, she spoke on Twitter and noticed her face on the countertop sign. The “Charter of Change” initiative seeks donations.

“She said,’I didn’t know you were working for The Bay,'” said Roderick, a non-practising lawyer.

Roderick replied that she was not.

This photo was originally taken by Luis Mora for Roderique in an article entitled “Black on Bay Street” for The Globe and Mail, in which Roderique talked about working as a black woman in law, adapting and encountering her obstacle.

“Because that photo was selected without my consent and without my permission, as far as I know, without the photographer’s consent or permission, this seems to be particularly problematic,” she said.

@hadiyaroderique This image was used incorrectly-we apologize for the error and contact directly for explanation and correction.

The Charter of Change movement was launched in May of this year. It is called the “Social Impact Platform” and aims to update the company’s Royal Charter, which was first granted by the British in 1670, giving it an exclusive trade monopoly on the Hudson Bay Drainage System Right basin.

The company said earlier this year that it would provide $30 million in 10 years to organizations “dedicated to promote racial equality and inclusion through…education, employment, and empowerment.”

“The goals of the campaign look great,” Roderick told CBC News. “But I am an educator, and of course I am not authorized or employed.”

The company stated that the photo was “misused” and the photo has been deleted.

Spokesperson Tiffany Bourre (Tiffany Bourre) said in a statement that it came from a “photographer’s website that was used as inspiration when developing activities.”

“However, it was not updated as expected to reflect one of the Canadians who participated in the Hudson Bay Change Charter movement. We deeply regret this mistake.”

Roderick said she was assured that the company is working to remove her photos from the store, which remains her main concern.

In a statement to CBC News, KZM Agency, the photography agency representing Luis Mora, stated that it had not sold the photos to The Bay or allowed them to use it, and did not know that the company had used it until CBC contacted.

The agency’s founder, Kathi Ziolkowski, said that part of its mission is to empower marginalized artists and “protect them from abuse in the field of photography and imaging.”

“Before we think about things like this, we need to get permission from the people in the image — and make sure they approve and get paid for it,” she said.

Akwasi Owusu-Bempah, assistant professor of sociology at the University of Toronto, said that he has worked with public and private organizations and has “learned a lot” in connecting with different communities. But at the same time, “many mistakes are being made.”

Representation, tolerance, and empowerment “need to work with these parties-and get their permission, and hope to get their compensation.”

“In this case, it has admitted that a mistake was made. I think it is important for the Gulf to prove how they will correct the mistake.”

For her part, Roderick said she might want to see the Gulf make economic contributions to black or indigenous organizations, but is still considering her next move.

“When I talked to The Bay, they said unceremoniously that it was completely their fault. A good first step,” she said.

Nevertheless, she said, this is an error that shouldn’t have occurred.

“Especially when you do things of this nature; when you use images of people of color to signal and try to raise funds for anti-racism and other projects related to people of color, you need to make sure that additional Of course, you have to owe it to them and to their work and make sure that people are compensated.”