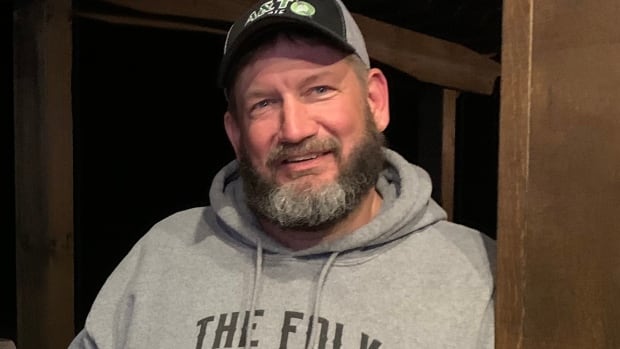 
For the first time in a long time, Mike Vannetten woke up in his own bed at home.

This 45-year-old farmer from the suburbs of Norfolk County, Ontario is known as a chicken in the town. He fought COVID-19 in the hospital for 83 days and finally left on June 30.

“I am very pleased with how things are going,” Vannetten said in a telephone interview on Monday afternoon.

His wife Sarah is also on the phone.

“He defeated it. This is a miracle in itself.”

Five days later, he was admitted to the hospital. Soon after, he was placed on an extracorporeal membrane oxygenation (ECMO) machine in the intensive care unit of Hamilton General Hospital. This is the most active form of life support and requires a whole team of well-trained workers.

“At times like this, the staff and doctors who take care of Mike and patients like him work very hard every day.”

VanNetten is healthy in other ways and has followed the precautions during the pandemic without complaint. He is also one of the young patients admitted to the ICU.

VanNetten said that he didn’t remember the first half of his hospitalization because he didn’t wake up most of the time. It is especially difficult for his family. The other half of his time there was full of hard work.

“Especially the first time I was able to try to stand up. I just remember the sweat I shed, thinking,’Man, can I do it again?’ Thank goodness, my wife and these therapists chase after every day I.”

But for VanNetten, hard work is nothing new-this is why he slows down such a challenge as he continues to recover at home.

It started as soon as he left the hospital parking lot.

“I never sit in the passenger seat often. I can only sit and watch the car, the crops, and the people on the golf course.”

His reunion with his four children was very special. When he was in the hospital, they only met him twice, and he could only speak in one of the interviews.

“Huging and kissing them means the whole world to me,” Vannetten said.

During his recovery, VanNetten’s family took over his work on the farm.

“I’m very lucky; in the barn, my wife, children and dad, they take good care of the chickens. They won’t let me in,” he said.

“A year ago, I never thought these children could do what they should do… You always worry about your children, I tell you, they grow up in a hurry.”

VanNetten thanks his family and friends, community and hospital staff for all their help.

He has oxygen at home and still goes to the clinic to make an appointment to continue his progress. Sarah said he lost more than 50 pounds in the hospital.

But she thinks all this will make him stronger.

“His goal is to return to the previous state, maybe even better,” she said.

“The last three months have changed the rest of our lives.”