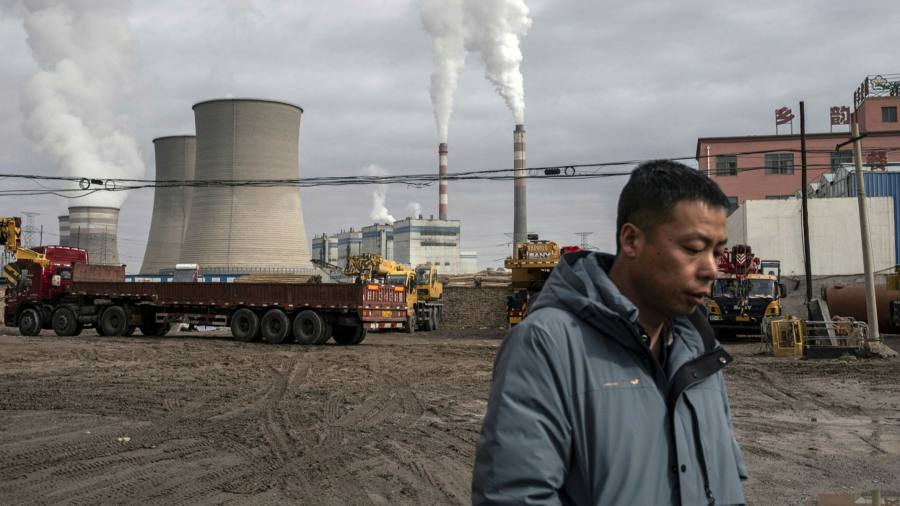 Last month, US President Joe Biden asked his G7 colleagues to support a global Infrastructure plan Compete with China’s “One Belt One Road” Initiative (BRI). This marked the beginning of his international cooperation campaign in the field of high-quality infrastructure, which can be seen as an enlarged Covid-19 version of the blue dot network in the Trump era. Nevertheless, Biden’s call did not produce any concrete results.

However, the G7 meeting did promise to stop using government funds to fund new international coal-fired power plants by the end of 2021. This commitment should attract the attention of the “One Belt One Road” initiative, which has been severely criticized for its environmental impact since its launch in 2021. year 2013.

Coal-fired power generation is the largest single source of greenhouse gas emissions. If BRI makes a coal-free pledge similar to G7, it will help achieve the Paris Agreement’s goal of keeping the global temperature rise at 1.5 degrees Celsius and improve its reputation.

The second “Belt and Road” Summit Forum held in Beijing in 2019 put forward the main theme of building clean, green and high-quality infrastructure. The pledge to no longer use coal will certainly help achieve this ambition.

The coal ban will be in line with China’s commitment to reach a carbon peak by 2030 and achieve carbon neutrality by 2060. The interval between these two timetables is already very short. The coal ban will force major development financing institutions such as the China Development Bank and the Export-Import Bank of China, as well as commercial banks, to adopt best practices. In turn, this will accelerate the transition to a green future from countries that borrowed from the “Belt and Road” initiative.

According to the United Nations, by 2050, more than 110 countries have committed to carbon neutrality. Low-carbon economy is the biggest business opportunity of our time. Those who move firmly and quickly in this direction will benefit the most.

The “Belt and Road” initiative should pay special attention to and respond to the policy changes of multilateral development banks. For example, the European Investment Bank will stop financing fossil fuel energy projects (including oil, natural gas, and coal) next year. The Asian Development Bank has not provided funding for coal-fired power plants since 2013, and formally banned the use of coal in its energy policy proposal in May last year. The Asian Infrastructure Investment Bank is following the same path and is expected to update its energy strategy later this year to ban coal power.

So far, 140 countries have clearly supported the “Belt and Road” initiative. Even some Western countries, including Australia, Canada, the United Kingdom, and Japan, have chosen to benefit from the initiative through so-called third-party market cooperation. By declaring that we are coal-free, we may expect more countries to join the cheerleading team.

I am not saying that the “Belt and Road” initiative has been criticized for its low standards for coal. It was stigmatized mainly because the United States felt the threat of China’s rise. By committing zero funds for new coal-fired power plants, the “Belt and Road” initiative can reap the goodwill of the West, especially Western Europe. This will help undermine Biden’s strategy of trying to isolate China.

In order to create a better world for all of us, green standards must be realistic. Asia has the richest coal reserves, accounting for 38% of the world’s reserves. Because coal is cheap and easily available in many developing countries, coal accounts for about 40% of energy consumption in Asia, which is much higher than the world average of 29%. This fact must be admitted.

The coal-free “Belt and Road” initiative does not mean that there is no coal at all, nor does it mean that it will stop using it immediately. Instead, existing coal-fired power plants should be encouraged to invest in “clean coal” technologies, such as carbon capture and storage, to make dirty coal more environmentally friendly. This will enable them to phase out it. If coal power is to be phased out early, there must be available and attractive alternatives.

In an era of increasing uncertainty and instability, it is best to regard the “Belt and Road” initiative as a new corridor for Sino-Western cooperation. Ending BRI’s use of coal made this possible.