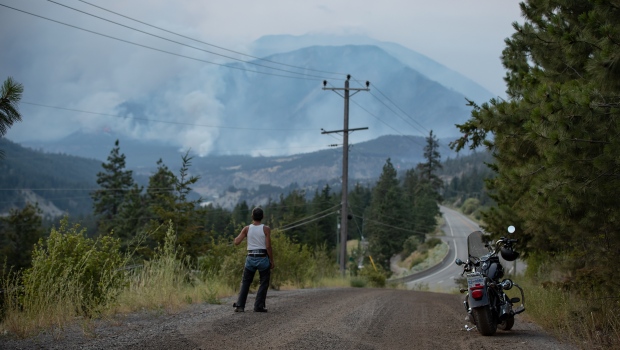 
VANCOUVER-An indigenous leader on Saturday accused the British Columbia government of ignoring the needs of members of the Litton community after a wildfire razed their village to the ground earlier this week.

These allegations came after the BC Coroner Service said it was finally safe to enter the community to investigate two people killed in the fire, which destroyed businesses and houses because it passed through the village a few days ago.

The head of the Nlaka’pamux Nation Tribal Council (of which Lytton First Nation is a member) said that when fires swept the area, the committee was forced to try to save lives with little government help.

Chief Matt Pasco, who runs a ranch near Ashcroft, British Columbia, said that he received the first contact from the government 12 hours after the evacuation started. It was his cattle. Not the affected community members.

Pasco said the government’s shortcomings can be traced to the province’s treatment of indigenous peoples and the lack of recognition of their jurisdiction in land management and management.

“Yes, we do have coordination issues because (the province) is not ready to deal with indigenous issues or indigenous people,” he said.

“Despite the challenges, the early communication with the Nlaka’pamux National Tribal Committee and the Oregon Jack Creek Band did not meet expectations,” he said.

He said the ministry has taken steps to resolve the loopholes in the agreement that led to this situation.

Pasco said the tribal committee is working with the Litton Aborigines and other affected communities to determine how many members are still missing.

He said that the most pressing question is what will happen next in the community.

“This is so devastating, I can’t find an English word to describe this disaster. It’s hard to understand,” he said. “What will it look like next week? What will the first long weekend in September look like when we let the children go back to school?”

The new map of the BC Wildfire Service shows that wildfires have been growing since Friday night.

Kaitlin Baskerville of the BC Wildfire Service said at a public meeting on Saturday that the current situation is comparable to mid-August.

She said there were four notable fires in the Thompson-Nicola area.

Mark Healey also told the meeting that firefighters are working to prevent the fire from spreading to Spences Bridge and preventing it from crossing the Fraser River.

An order issued by the Thompson-Nikola District District stated that fires in the Duran Lake area have begun to threaten the safety of buildings and residents.

The cause of the wildfire that destroyed Litton is under investigation, although Governor John Hogan said he had heard anecdotal evidence that the fire started related to the train passing through the community.

The Office of Federal Minister of Transportation Omar Alghabra stated in an email statement that it will take necessary actions if it discovers any possible non-compliance with Canadian railway safety laws and regulations.

The Canadian Press report was first published on July 3, 2021.