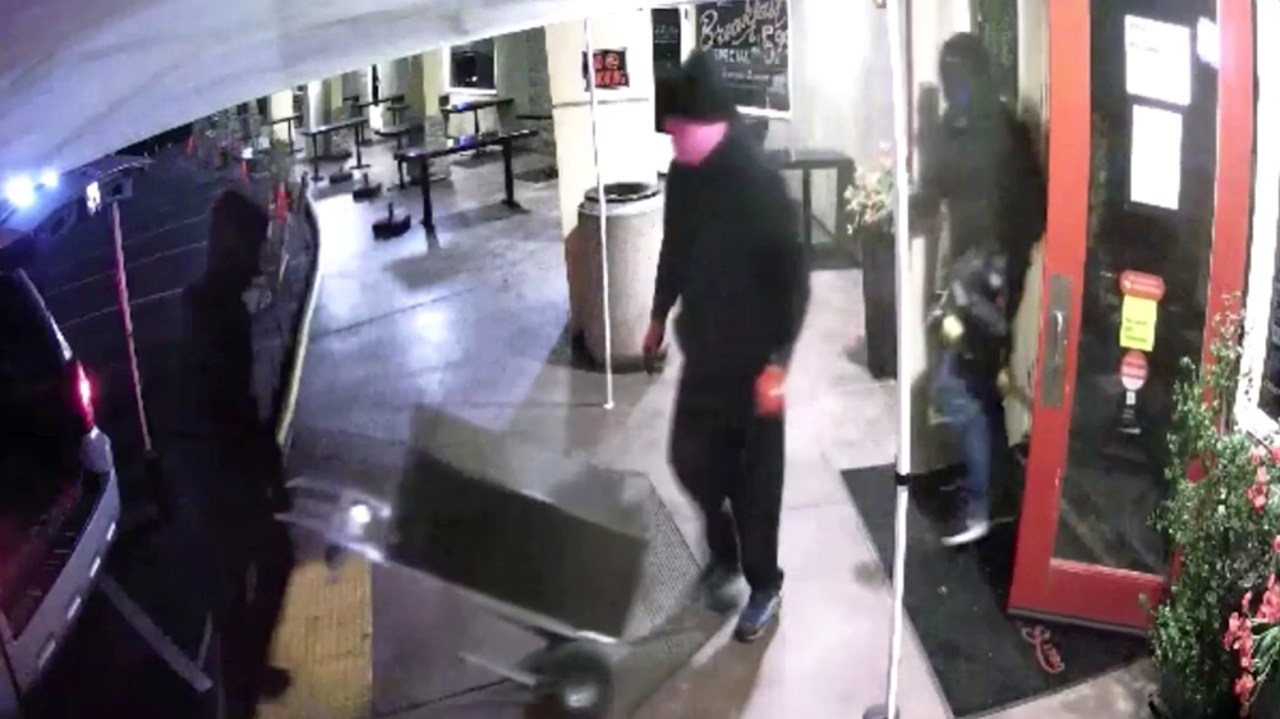 
San Diego (CNS) – Authorities asked the public for help on Friday to help identify the three thieves who committed pre-dawn burglaries at a deli in the University District this week.

According to the San Diego police, these masked men, all wearing hooded sweatshirts, used a crowbar to force their way into DZ Akins in the 6900 block of Alvarado Road at around 4:45 a.m. on Thursday.

“The wife cried after seeing the video,” said Elan Akin, the boss of DZ Akins. “Because it is hard to hear, it is disturbing to see it and know that someone outside is causing such trouble.”

After a month of nursing in San Diego, the injured condor was released back into the wild

Then the thief stole a safe from the company and moved it with a small car to the waiting silver or light gray SUV with chrome-plated spoke wheels, possibly a Ford Escape model from 2009 to 2012. After loading the lock box into the car, the culprit fled eastward in the car.

The surveillance camera took a picture of the thief.

Although the restaurant lost the safe in the burglary, since the restaurant transfers most of the transactions to the credit card, they may not get everything they want, making it relatively easy. Akin said that there were several thousand dollars in cash, a large part of which was tips left by customers to employees.

“They look more professional, so maybe these are not poor COVID patients,” Akin said. “Maybe these people are people who use when others are suffering.”

He said that in spite of the theft, he will ensure that his employees receive the correct prompts and are encouraged by the customers who came to his restaurant to support.

“It’s nice to know that San Diego is here for us,” he said.

Anyone with information about the case can call the San Diego County Fight Crime Hotline at 888-580-8477, or contact the agency online at sdcrimestoppers.org. The whistleblower may remain anonymous and may be eligible for rewards of up to $1,000.