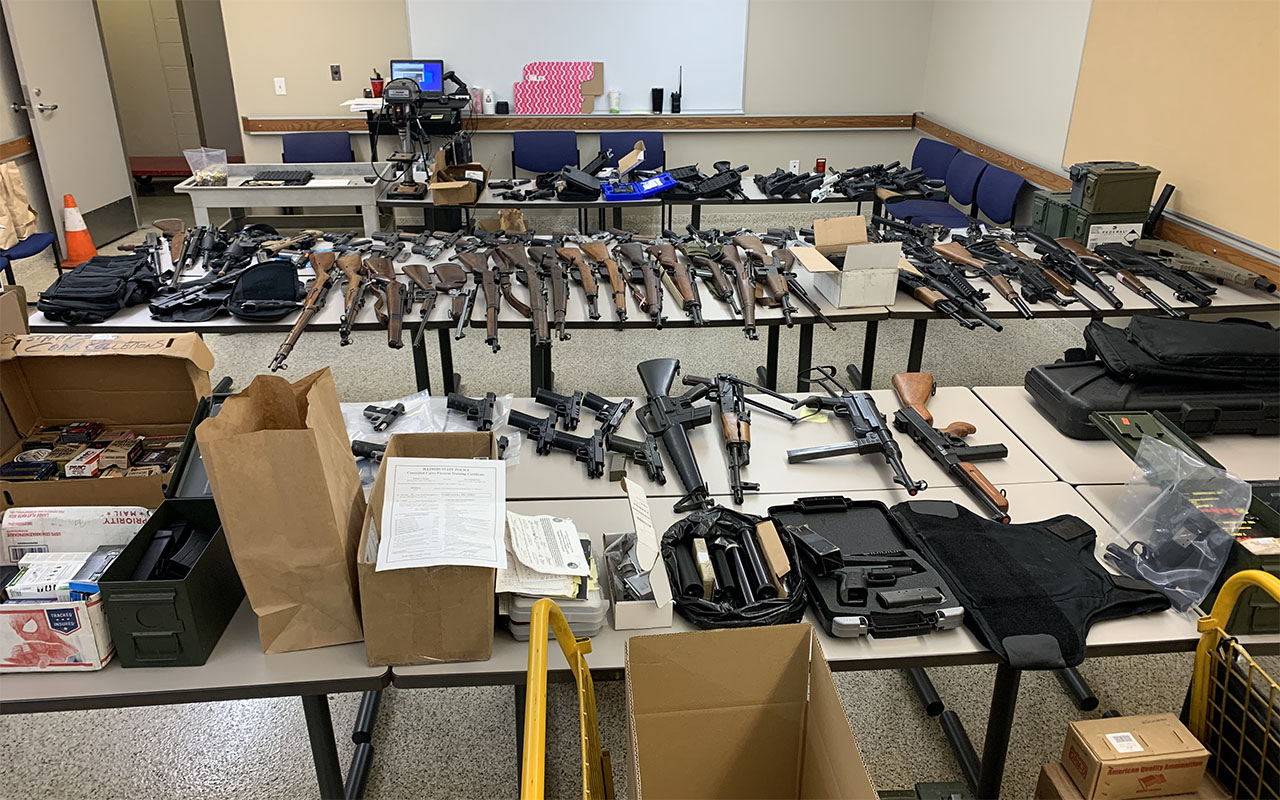 El Cajon, California (CNS) – On Friday, a probation prisoner was re-custodial for allegedly hoarding a large number of guns, including at least eight “ghost guns,” in his home in the El Cajon area.

According to El Cajon police, 60-year-old John Thomas Fencl was arrested during a search of his residence on Monday, where investigators found more than 100 rifles, assault weapons, and shotguns. And pistol.

Fencl is said to have also stored thousands of ammunition — including incendiary bombs, tracers and armor-piercing shells — as well as body armor, tear gas and silencers.

“There are still many processing tools in the home that are believed to be used to make guns,” said Lieutenant Randy Surad.

“Many of the guns found in Fencl’s home are illegal in California and other parts of the United States.”

According to the police, the search originated from a traffic station in El Cajon in April, during which Fencl was arrested for possession of a hidden loaded ghost gun. Later that day, he was released on bail.

“At the time of the suspension, Fencl was found to have held a loaded gun during the probation period of his previous arrest,” Soulard said.

“As a condition of probation, Fencl is prohibited from owning guns. Based on his arrest, the police believe that Fencl’s residence may contain other guns.”

“Ghost Guns” are usually made of kits, have no serial numbers, and are basically untraceable.